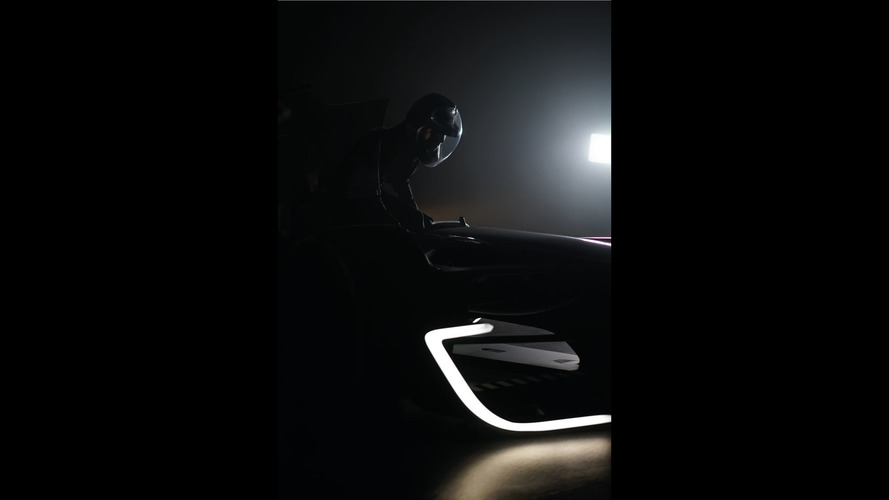 Meet the F1 car of the future.

Even wondered what the future of Formula 1 might look like? Renault is here to give you a possible answer with its new R.S. 2027 Vision concept, previewing the race car of 2027.

The French company says it has used its “long experience of the sport” to create the vehicle, as the marque is preparing to celebrate its fortieth anniversary of involvement into the F1 series later this year. Renault also says this new study clearly “expresses the brand’s intention to be in the competition for the long-term.”

Not much is known for the concept so far and there’s only one teaser image. It doesn’t reveal much, but suggests the F1 car of the future could feature a retractable cockpit protection, confirming Renault is supporting the idea. The R.S. 2027 Vision also “probes areas in which new technologies might be carried over from motor racing to road vehicles for the benefit of customers, and vice-versa.”

Renault’s previous impressive concept was the Trezor, which was revealed as a futuristic, all-electric grand tourer in Paris last year. It features a Formula E-derived powertrain with 350 horsepower (260 kilowatts) and 380 Newton-meters (280 pound-feet) of torque sent to the rear wheels. With a drag coefficient of only 0.22, the study is capable of reaching 62 miles per hour (100 kilometers per hour) in less than four seconds.

The manufacturer has selected the 2017 Auto Shanghai to reveal the R.S 2027 Vision concept in full. This will happen on April 19, so stay tuned.

The R.S. 2027 Vision embodies Renault’s vision of how Formula 1 might be in ten years’ time – 2027 – based on its long experience of the sport as it prepares to celebrate the fortieth anniversary of its involvement later this year. The new concept car also expresses the brand’s intention to be in the competition for the long-term. Indeed, Renault is eager to play a major role in shaping Formula 1’s evolution and to put drivers very much back at the heart of the sport.

The R.S. 2027 Vision also probes areas in which new technologies might be carried over from motor racing to road vehicles for the benefit of customers, and vice-versa.