Acura TLX To Stretch Out At Auto Shanghai With Long Wheelbase 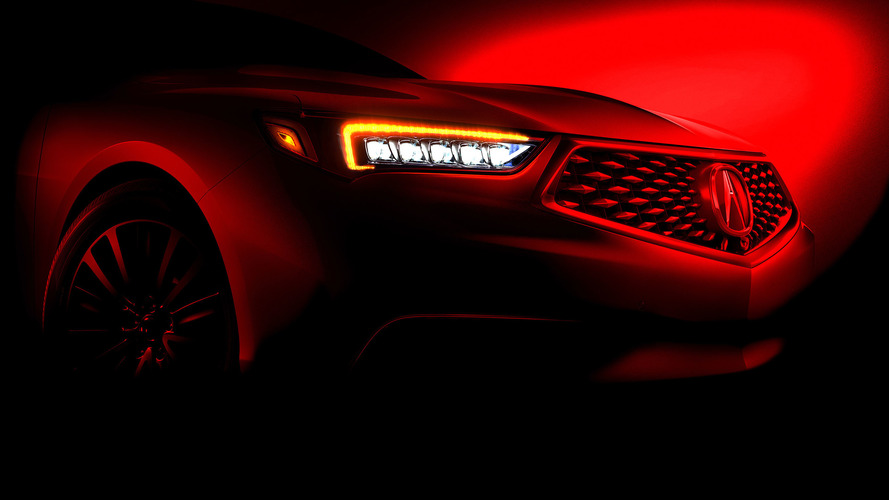 It's going to share the spotlight with the Honda NeuV concept and the new CR-V.

Acura is gearing up to unveil the refreshed 2018 TLX at the New York Auto Show next week, but at the same time Honda’s premium division is also cooking up a stretched version for China. As it is the case with the American model, there aren’t any details about the long-wheelbase derivative for the People’s Republic at this point.

For what it’s worth, the standard car has a wheelbase of 109.3 inches (2,776 millimeters), so expect the LWB to grow by a few inches between the two axles to boost legroom for rear passengers. One of the TLX's main rivals, the China-only Mercedes-Benz E-Class LWB launched in 2016, features a wheelbase longer by 5.5 inches (140 mm) compared with the standard model.

BMW will soon introduce the new 5 Series in a stretched guise exclusively for China with the wheelbase elongated by around 5.1 inches (130 mm). As for Audi, it has been selling an A6 L for many years in a country where rear legroom continues to be very important. Many of the LWB models are produced locally to strictly cater the Chinese demand and include models belonging to various segments and of different body styles, including SUVs like the BMW X1 Long Wheelbase on sale since last year.

The elongated Acura TLX is going to be joined at Auto Shanghai 2017 by the Honda NeuV concept originally presented at the beginning of this year in Las Vegas at CES. It is about to make its Chinese debut alongside the new CR-V. In addition, the Avancier fitted with the turbocharged 1.5-liter gasoline engine will be on display as well following its local market launch last month.

Overview of Honda and Acura Exhibits for the Auto Shanghai 2017

The Acura exhibit will include the long wheelbase version of the Acura TLX as well as a planned production model of the Acura MDX, which underwent a minor model change and is scheduled to be introduced to the market in June of this year.