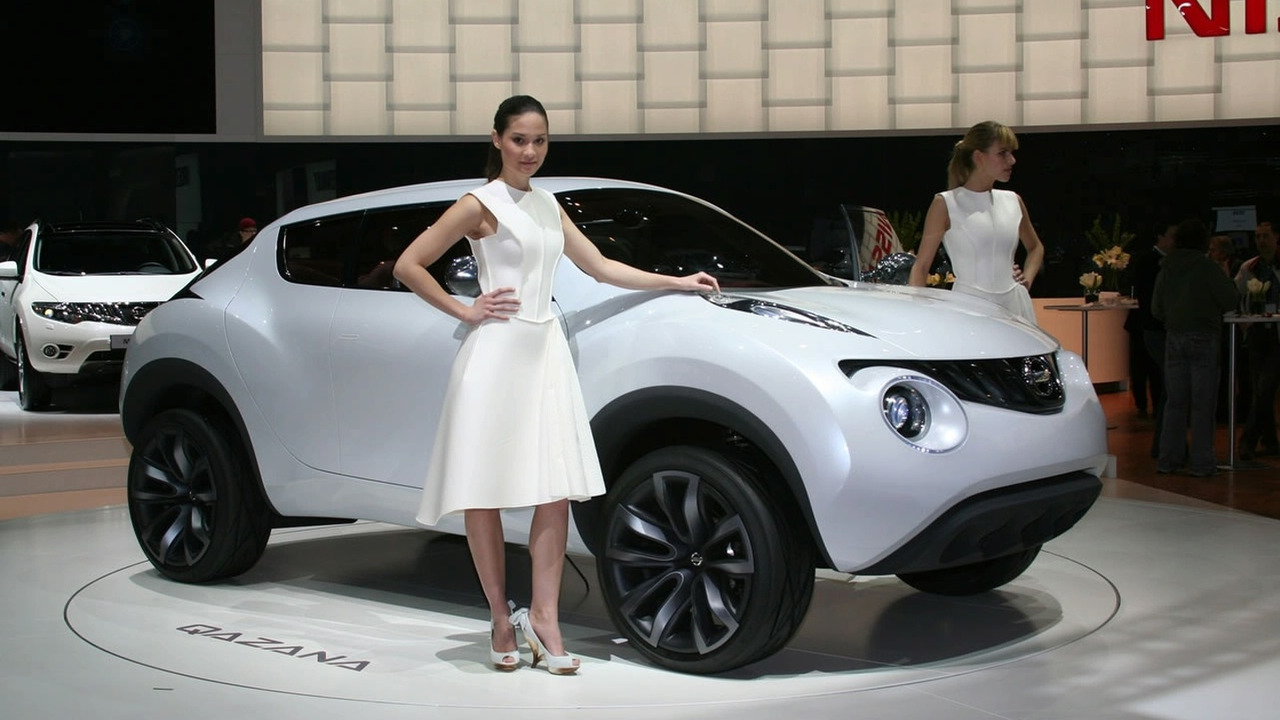 Converging sports car with SUV design in a new set of dimensions and set to slot beneath the Qashqai, Nissan reveal their beach buggy come motorbike-based Qazana Crossover Design Concept at Geneva.

Nissan present Qazana at Geneva, the small crossover vehicle designed for the urban playground. Its design is 'sophisticated' but fun and although definitively a concept car, its form in dimensions and moniker most likely will only make it to the Nissan stable - nicely slotting beneath the Qashqai.

Designed by the team at Nissan Design Europe in London around the notion of a city car bringing together a modern day beach buggy and a four-seat motor-bike, the Qazana Crossover aims at rivalling the 1960s spirit of vans, bikes and buggies.

That inspiration comes largely from a mix in strong SUV and 'lean' sports car styling elements. A tall stance, full width grille, short overhangs and the broad shoulders provide for the brawn, while contrasting with but complementing the sporting low roof line, slimline side windows and 20-inch black chrome alloys. The front light cluster consists of lower circular lamps and a daylight running strip all meant to evoke a rally car ready in waiting.

Upon first glance a two-door coupé, the Qazana boasts a second pair of doors. All doors open electronically, the rear dependent on the front doors, and provide good access owing to the removal of B-pillars. Inside is an extension of the exterior, drawing on a mixture of hard and soft materials. 'Forcing through' into the cabin, carbon fibre elements, notably the motorbike-inspired centre console, are 'on display' wrapped by leather. The dashboard features as both touch-screen navigation and controls display and the centre for Nissan's next-generation advanced fully electronic ALL MODE four-wheel drive.

Acknowledging the Qazana's outlandishness, Alfonso Albaisa, Vice President of Nissan Design Europe, believes "the car buying public is fed up with the conventional", so expect that "important elements of the concept point to a future Nissan production vehicle. Watch this space!"