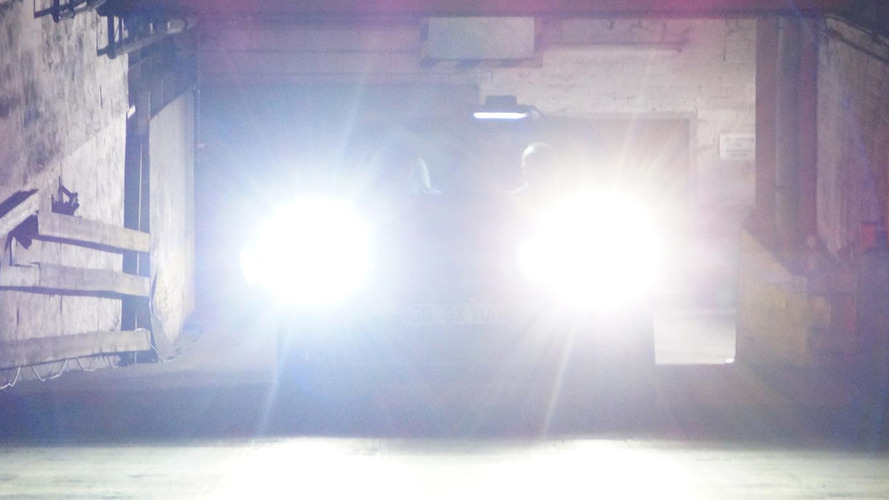 Aside from revealing the brand new Insignia Country Tourer rugged wagon, Opel is also providing an early look at another product scheduled to arrive very soon. These bright headlights belong to the Grandland X, which is set to be the bigger brother of the new Crossland X when it will debut later in the year essentially as a rebadged version of the Peugeot 3008.

The man in charge at Opel, Karl-Thomas Neumann, published the adjacent teaser image on his personal Twitter account, adding that he’s working on a video to showcase the new arrival from Rüsselsheim. The now PSA-owned marque has already confirmed the Grandland X will bow in 2017, so we will likely see it online in the weeks or months to come, prior to a public debut programmed for the Frankfurt Motor Show in September.

Don’t expect the exterior styling to blow you away since there are reasons to believe the Grandland X will look more or less like an upsized version of the Crossland X. In addition, we are not expecting any major differences between the two as far as the interior cabin is concerned.

In regards to the oily bits, the new compact SUV will ride on the same PSA-developed EMP2 platform and it will use an array of turbocharged four-cylinder gasoline and diesel engines. The Peugeot 3008 is expected to spawn a thrifty hybrid version, so maybe its counterpart from Germany will be electrified as well at some point in its life cycle.

Perhaps the use of “from Germany” is not entirely accurate considering the Opel Grandland X will actually be built by PSA at its factory in Sochaux, France.

Beyond the release of a compact SUV, Opel is working on replacements for the Adam city car, Corsa supermini, and the Mokka X subcompact crossover. All three are scheduled to come out in 2019, but this launch date was announced back when Opel belonged to General Motors. Things might change now that PSA is in charge.