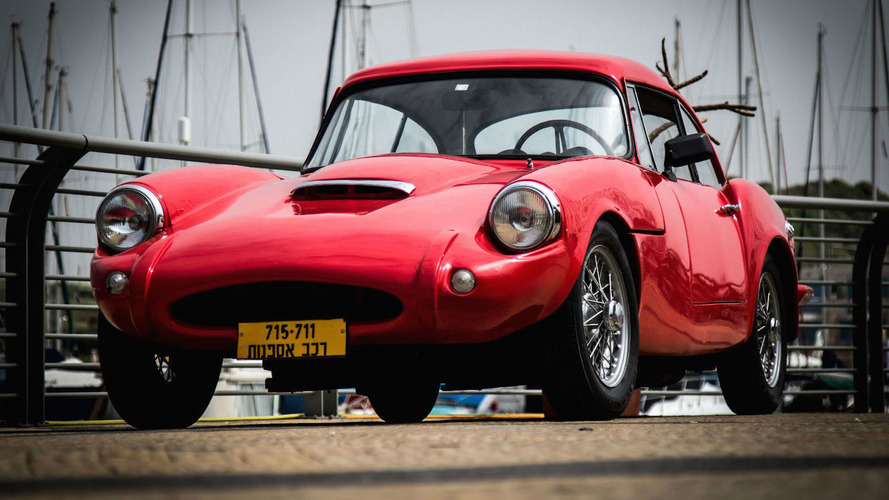 Israel may not be the first locale that comes to mind when thinking of exotic sports cars. But in 1964, a small company named Sabra built a car up for the task of competing with the likes of Ferrari and Lamborghini of the day… at least hypothetically. That car was called the GT.

Though production only lasted a few years – from 1961 to 1968 – and its design was rather polarizing, the Sabra GT Coupe cemented itself in obscure sports car history, considering just 379 examples were ever produced. Today, this particularly clean example is up for sale on eBay

The car in question has driven just 1,058 miles (1,702 kilometers) since new. Though most of the fiberglass bodies were actually produced in the U.K., this one resides in Sabra’s home country of Israel. It wears its original red exterior, and was given a full mechanical update to assure its road readiness.

The 1.7-liter Ford Consul engine remains producing a meager 61 horsepower (45 kilowatts), as does the original four-speed manual gearbox, front disc brakes, and rear drum brakes. Just 38 known Sabra GTs are said to still exist, this one has been kept in a climate-controlled showroom since its production more than 50 years ago.

The seller has it listed with a starting bid of $45,000, though you’ll have to pay for shipping. Hagerty estimates that the typical price for a Sabra GT in this condition is about $39,600. In concours condition could be worth up to $70,000. Just three days are left on the auction, so if you’re interested in a unique piece of sports car history, look no further.