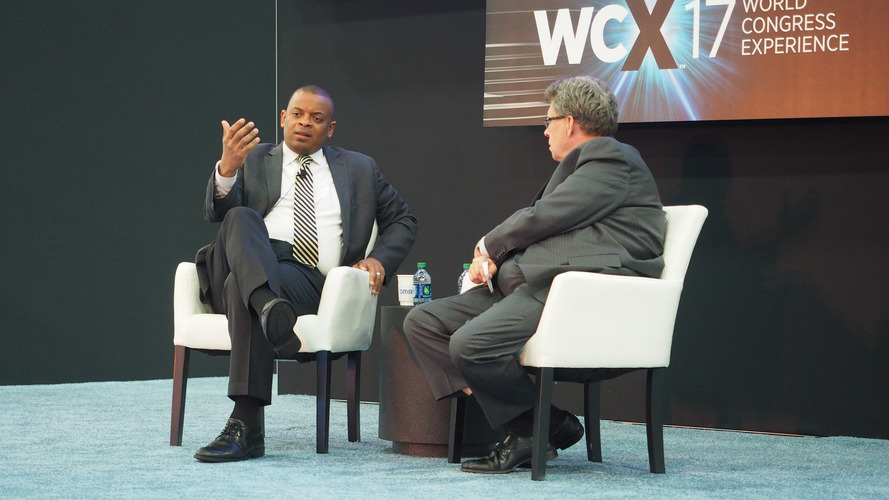 'We ought to be pushing ourselves.'

President Trump declared last month that his administration would reverse an Obama-era decision and review (instead of simply implement) the next stage of the 54.5-mile-per-gallon standard that was agreed to in 2011. The final decision for that mandate wasn't actually due until April 2018, but the EPA said in December that it had decided that the industry could handle the higher target. Trump's delay, then, was just what the automakers asked for.

Speaking at the SAE WCX conference in Detroit today, the former Secretary of Transportation under President Obama, Anthony Foxx, spoke about that decision. He wasn't impressed. "Backing away from the fuel efficiency standards is a setback," Foxx said. "It's a setback because we obviously have significant climate change issues around the world."

Of course, since the Trump administration hasn't officially changed the 54.5-mpg rules and a lot can happen between now and crunch time, Foxx did say that there could still be some good news at the end of the review. "I'm hopeful that taking a look means taking a look and not going back," he said. "Our view was that the industry could play a huge role in reducing mobile sources of greenhouse gas emissions. Frankly, I think we ought to be pushing ourselves."

Even if the Trump administration reverses course on the decision the Obama-era EPA made, automakers will still have to make cleaner, better cars. California, for one, seems determined to keep the rules tight, and there are plenty of other reasons for a populist president to keep fuel standards high. Trump's Transportation Secretary is Elaine Chao, who is married to Senate Majority Leader Mitch McConnell and was easily confirmed to her job with a 93-6 vote.