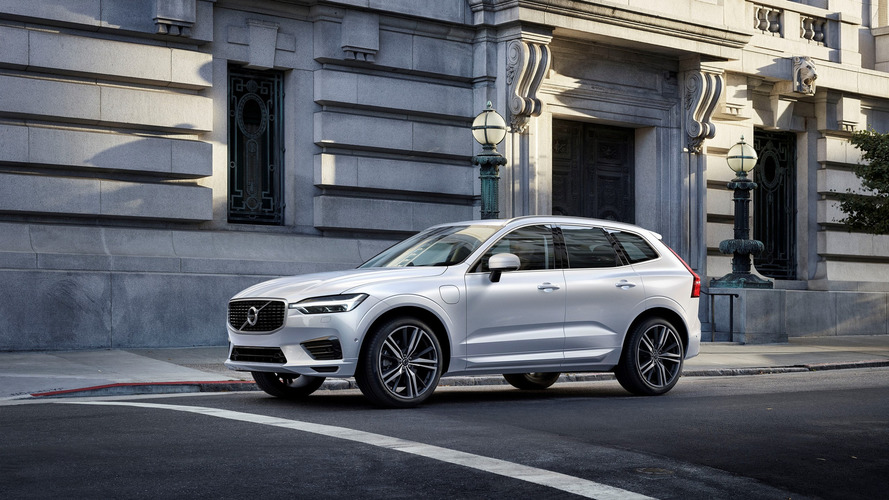 Will be joined in the Big Apple by the 2018 S90 featuring some updates.

After a very long teaser campaign, the all-new Volvo XC60 landed in Geneva last month as one of the show’s main stars. The luxury SUV is now getting ready to celebrate its North American debut scheduled to take place on April 12nd during the first press day of the 2017 New York Auto Show. In the United States, Volvo is going to sell the model with a choice of three familiar powertrains: 250-hp T5, 316-hp T6, and the flagship 400-hp T8 Twin Engine.

Production of the XC60 is scheduled to begin in a few days at the company’s factory in Torslanda, Sweden. Volvo mentions the model represents approximately 30 percent of the company’s total global sales, so it goes without saying there’s a lot riding on the new generation since it has to live up to the success of its predecessor.

While most eyes are going to be on the new XC60, Volvo will have another novelty on display at the Jacob Javits Convention Center. The 2018 S90 sedan will make its first appearance and will bring along some updates for the new model year, which we will discover at the show.

In New York, Volvo Car USA will celebrate 90th years since the introduction of the company’s very first car — the ÖV4 assembled back in 1927. To mark this anniversary, attendees will be given the opportunity to check out an entirely restored Volvo 123 “Amazon” Wagon, as well as some other classic models such as the Duett and the gorgeous P1800.

Keep in mind the Geely-owned marque is cooking up another big debut for later this year when the XC60 will get a baby brother. We’re talking about the first-ever XC40 already confirmed for an autumn premiere. Previewed by the 40.1 concept, the small premium crossover will be the brand’s first model to ride on the new Compact Modular Architecture (CMA) and should go on sale by the year’s end or early 2018.

Lex Kerssemakers, President and CEO of Volvo Car USA will debut the XC60 and the 2018 S90 during Volvo Cars’ press conference scheduled for 2:15PM on Wednesday, April 12, 2017.

The all-new XC60 features an athletic design with a graceful, timeless quality. The expertly crafted interor features beautiful materials that blend Scandinavian design with technology and connectivity. The XC60 will be available with a a 250 hp T5 turbo-power engine, 316 hp T6 turbo and super-charged engine or 400 hp T8 twin-engine plug-in electric hybrid.

The 2018 S90 will also debut at the show with updates for the new model year. The S90 was first introduced in 2016 and has set a benchmark for interior style in the luxury sedan marketplace.

In April 2017, Volvo Cars will celebebrate 90 years since the first vehicle, ÖV4, rolled off the assembly line in 1927. To celebrate this milestone, Volvo Car USA welcomes media attendees to a light lunch and champagne toast at 11:45AM on Thursday, April 13, 2017. A fully restored Volvo 123 “Amazon” Wagon, Duett and P1800, along with time-period photography, will be on display.