Sasha Anis from OnPointDyno has just sent our colleagues from InsideEVs the latest update on the so-called Blue Lightning project, complete with a video and new gallery of photos giving us a good look at how things are progressing.

If you are unfamiliar with this work, a team of enthusiasts is creating a one-off Lotus Evora-based electric sports vehicle, powered by a Tesla electric motor and Chevrolet Volt batteries. The electric motor was picked up at a salvage yard, from a wrecked Model S from the 85 series, putting out about 360 stock horsepower. Two batteries complete the package, each about 16 kWh for a total of 32 kWh of battery capacity. 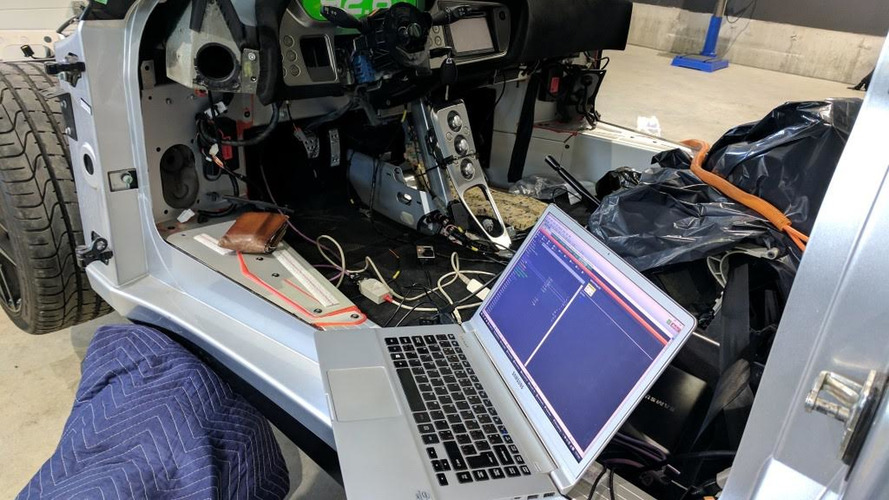 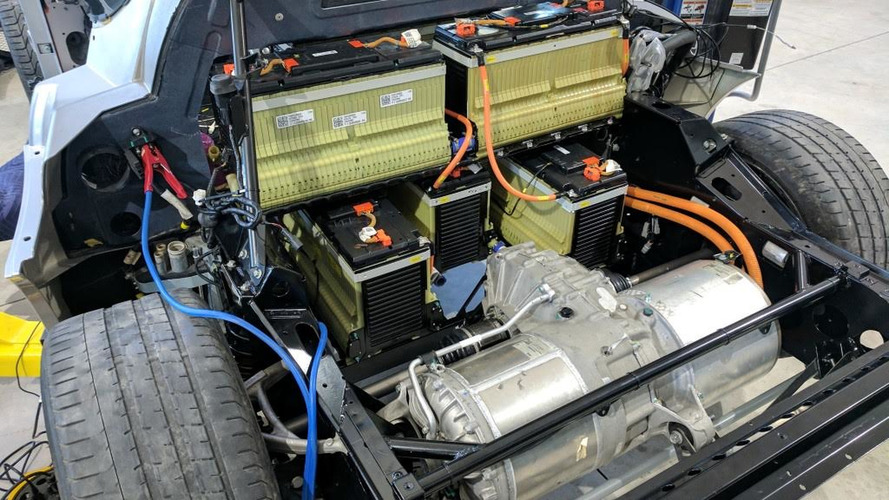 After earlier drivetrain tests on the dyno alone (see the video below), the car is now equipped with both the Tesla powertrain and Chevrolet Volt batteries – and is ready to hit the dyno stand. The first launch shows great sound, and we are eager to see the performance on the track. According to the new video, the Blue Lightning put out 440 wheel horsepower, with some potential to improve.

Before selecting the Evora as a donor, Sasha Anis, the man behind the project, has considered a Porsche Cayman, but its complicated construction forced him to take the Evora. The roadster has an aluminum frame that comes off easily, in one piece, making the switch very straightforward. Anis also explains that the Evora itself is a terrible performer, thus the project betters a car that possesses excellent “potential.” What’s more, the original Tesla Roadster was based on the Lotus Elise, the Evora’s little sister.