Ford: You Can't Buy Our Fully Autonomous Car Until 2026 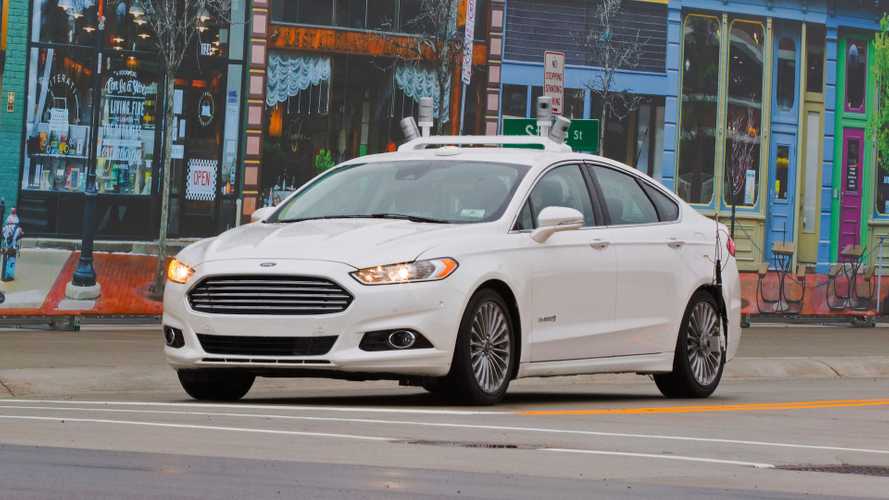 Ford's autonomous cars will arrive in 2021, but only for car sharing.

When you're in first place, a race course looks different than it does to anyone behind you. You might be able to see the finish line, while everyone else is just looking at your rear. If we torture this metaphor a bit more, we can say that the way Ford is running the self-driving car race is different than other automakers. The Blue Oval is ahead, according to one new study, but it's not going to sprint those last few steps.

A just-issued Navigant Research Leaderboard Report ranks the major OEMs by their autonomous driving technology. This list puts Ford first, closely followed by GM, Renault-Nissan, and Daimler. All other automakers and tech companies (like Tesla or Uber) are considered contenders or challengers, going against common public perception that Tesla is ruling the self-driving roost.

With that in mind, let's turn to what Ken Washington, Ford's vice president of research and advanced engineering, said this morning at the SAE WCX, the rebranded World Congress conference in downtown Detroit. At the WCX's opening keynote, Washington said that he doesn't expect Ford to have a fully autonomous vehicle ready for customers until 2026 at the earlier, and perhaps not until 2031.

In line with Ford's previous statements, Washington did say that a Level 4, highly autonomous vehicle will be made available to a ride sharing company by 2021. But even then, it will take five or ten years of real-world use in car sharing fleets for Ford's tech to get good enough for an average customers to buy.

That's because, in part, getting to fully autonomous vehicles requires more than just smart cars, Washington said, citing things like installing more sensors in or near streets, beefing up AI capabilities for decision making, and figuring out how to interact with non-smart cars. "We have a ways to go before this becomes a reality," he said. "At Ford, we are working very very aggressively to make this a reality by 2021. ... This is not science fiction. This is not a research project. This is something we're going to make happen, and others will, too. And it's happening because the technologies are making it possible."

Possible, yes, but not in the near future.