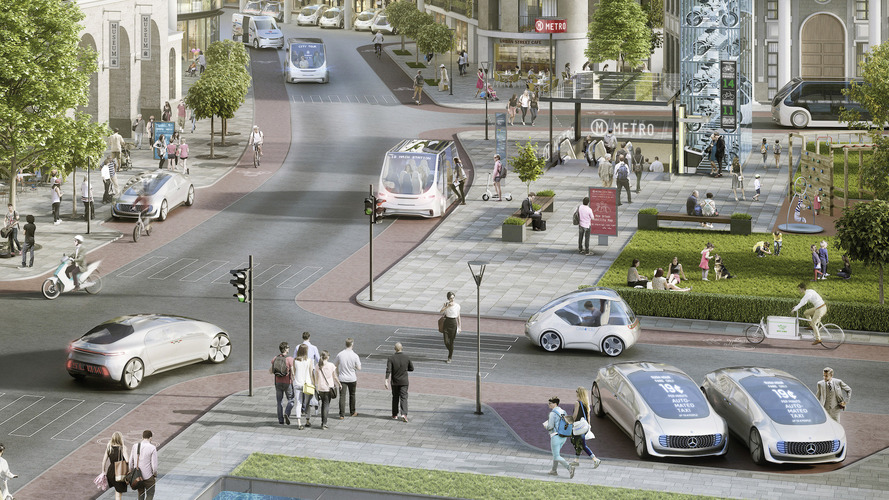 The autonomous taxis will hit the road before the end of the decade.

By the end of the next decade, you might be able to hail an autonomous taxi right from your smartphone. Together with Bosch, Mercedes-Benz hopes to have a fleet of self-driving taxis on the road. The two companies have already begun development on a series of fully automated (SAE Level 4), and driverless (SAE Level 5) vehicles for public use.

The partnership combines the expertise of one of the world’s leading premium manufacturers in Mercedes with the hardware and expertise of the world’s largest automotive supplier in Bosch. The two together hope that they can bring the dream of self-driving cars to the real world – and relatively soon.

The proposed car service would allow customers to order the self-driving taxis via a mobile app on their smartphone. Though both Bosch and Mercedes are keeping most of the concrete details well under wraps, the overall goal is "to achieve the production-ready development of a driving system which will allow cars to drive fully autonomously in the city," according to the press release.

The technology is previewed, in part, by the F015 Luxury in Motion autonomous concept that was saw back in 2015. The so-called "self-driving luxury sedan" is seen here in a few early sketches, and shows the proposed autonomous car service in action in the near future. Along with the obvious autonomous capabilities, the F015 comes with a pure-electric driving range of 124 miles (200 kilometers).

Even though the companies say that they hope to have the cars on the road by the next decade, the two plan to have the technology completed "as early as possible," meaning we could see an early prototype in just a few years. Fingers crossed.

Stuttgart – Bosch and Daimler are joining forces to advance the development of fully automated and driverless driving. The two companies have entered into a development agreement to bring fully automated (SAE Level 4) and driverless (SAE Level 5) driving to urban roads by the beginning of the next decade. The objective is to develop software and algorithms for an autonomous driving system. The project combines the total vehicle expertise of the world's leading premium manufacturer with the system and hardware expertise of the world's biggest supplier. The ensuing synergies should ensure the earliest possible series introduction of the secure technology.

The car comes to the driver

By introducing fully automated and driverless driving to the urban environment, Bosch and Daimler aim to improve the flow of traffic in cities, enhance safety on the road and provide an important building block for the way traffic will work in the future. The technology will, among other things, boost the attraction of car sharing. It will allow people to make the best possible use of their time in the vehicle and open up new mobility opportunities for people without a driver's licence, for example. The prime objective of the project is to achieve the production-ready development of a driving system which will allow cars to drive fully autonomously in the city. The idea behind it is that the vehicle should come to the driver rather than the other way round. Within a specified area of town, customers will be able to order an automated shared car via their smartphone. The vehicle will then make its way autonomously to the user and the onward journey can commence.