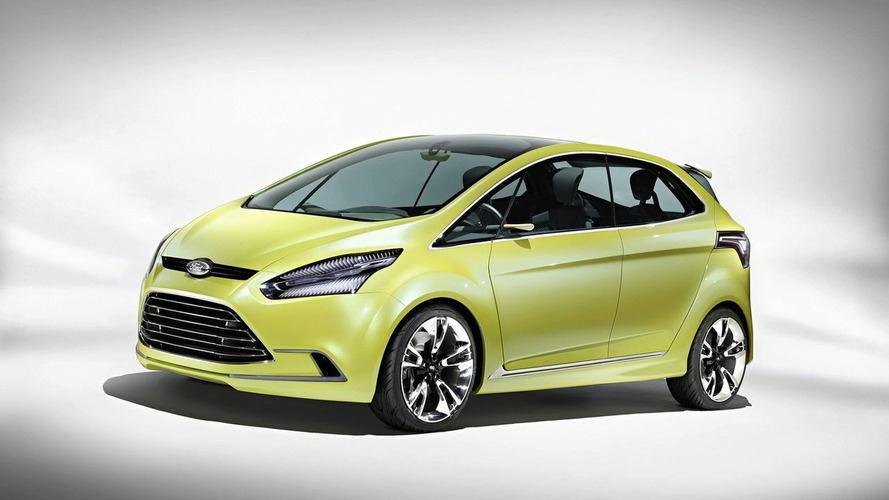 Ford will reveal the Iosis Max Concept which it refers to as a next generation multi-activity vehicle or MAV at Geneva. The Iosis name is known from previous Ford concepts like the 2005 Iosis Concept and the 2006 Iosis X which became the Kuga. The Iosis Max further confirms Ford's design future language in the striking trapezoidal shapes, sharp angles and a bold face. It's supposed to be a flexible option for those not just looking to transport the kids but who also want something that could easily pass as a plaything.

Positioning itself as a sporty vehicle the Iosis Max features a sloping roofline that flows all the way on to the bonnet just above the aggressive lower front grille. Instead of little bulbs for the LEDs, little strips were installed in the rocker panels. Four 19-inch alloy wheels, an extended panoramic windscreen, the absence of a B pillar and an aerodynamic rear spoiler on the roof above the tailgate glass help the Iosis Max signal its sporting intentions quite clearly.

Ford fitted the car with a new 1.6-litre EcoBoost (direct injection) engine that produces 180PS (132kW). Not only is it a powerful engine but Ford says it's also friendly to the environment.

The interior seating arrangement is courtesy of seats that are designed to make occupants feel like they are floating on air. The four seats are made of lightweight materials and can be folded to increase interior space. A touch screen panel on the dashboard gives accesses to utilities like the music and satellite navigation system.