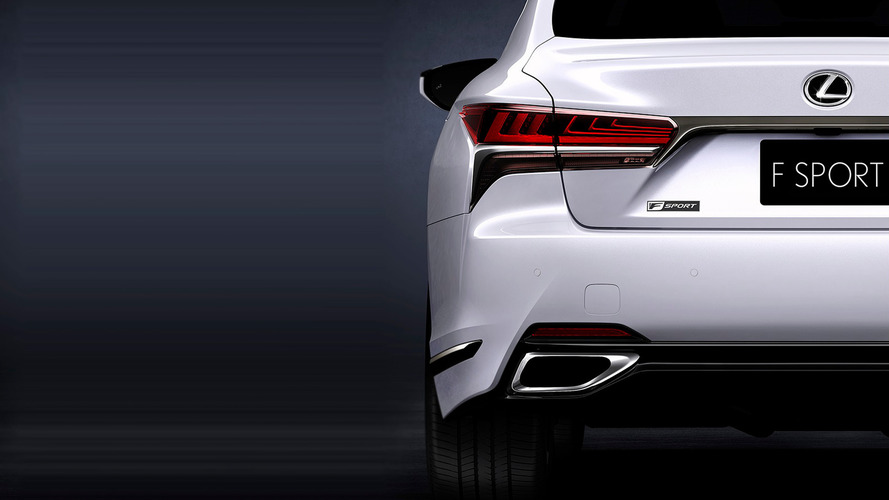 Riding on an extended version of the GA-L platform.

Following the introduction of the all-new Lexus LS 500 at the 2017 NAIAS in January and the LS 500h in Geneva last month, the Japanese brand will further expand the sedan’s portfolio with the addition of the sporty LS F Sport. It will make its first public appearance at the New York Auto Show next week.

The vehicle is based on an extended version of the company’s premium global architecture for luxury vehicles (GA-L), the “stiffest” platform Lexus has ever developed. The brand promises the LS F Sport will capitalize on the platform's “responsiveness and agility to present the most engaging LS driving experience yet,” while at the same time retain the sedan’s “ride smoothness and cabin quietness.”

No other details are available at the moment, but the first official teaser image of the car reveals it will feature some sporty accents at the back. These include a gloss black diffuser with integrated dual exhaust system with chrome tailpipes, tinted taillights, and F-Sport badge on the left side of the boot lid.

We expect to see most of the cool features of the LS 500 in the new F-Sport, like the Lexus Dynamic Handling package, which improves the performance thanks to finely tuned co-ordination of braking, steering, and stability systems, and the Lexus Safety System+ pack with advanced safety and assist systems. As an F-Sport model, it will also benefit, most likely, from improved and more efficient brakes, even sportier suspension settings, and probably a limited-slip differential.

Lexus press conference in New York is scheduled for April 12, so stay tuned for all the details.

TORRANCE, Calif. (April 4, 2017)―Following the recent debut of the LS 500 in Detroit and the LS 500h in Geneva, Lexus announced today the all-new LS F SPORT will make its world debut in New York ahead of the upcoming 2017 New York International Auto Show.

The all-new LS is based on an extended version of the brand's premium global architecture for luxury vehicles (GA-L) platform―the stiffest that Lexus has ever developed―which offers enhanced handling, ride smoothness and cabin quietness. F SPORT models will capitalize on the platform's responsiveness and agility to present the most engaging LS driving experience yet, and will be available on the LS 500 and LS 500h.

The 2018 LS 500 F SPORT will be on display starting April 12th at the Lexus booth in the Javits Convention Center for the 2017 New York International Auto Show.