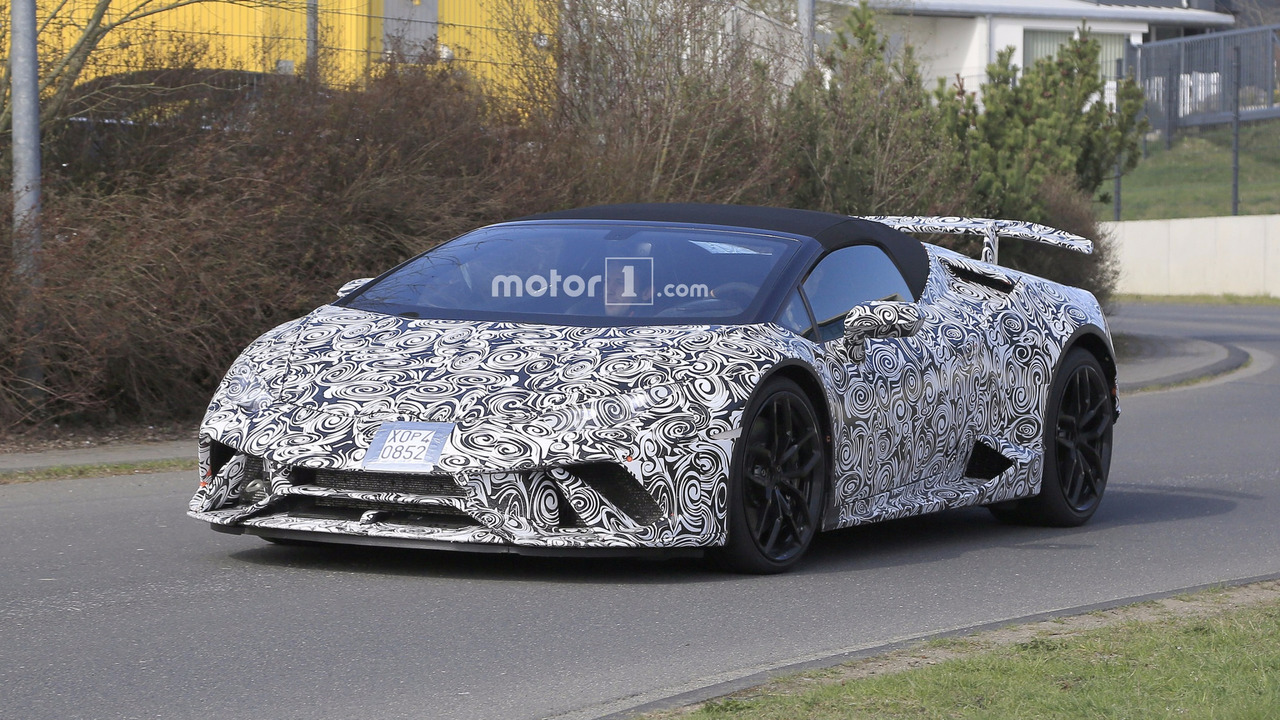 Spotted in its natural habitat, at the Nürburgring.

After introducing the Huracan Performante Coupe at the Geneva Motor Show, Lamborghini is now putting the finishing touches on its droptop counterpart. The peeps from Sant’Agata Bolognese decided to slap on a heavy amount of camouflage onto this near-production prototype, even though we already have an accurate idea of the car’s design by simply looking at the coupe. It will benefit from just about the same upgrades as its fixed roof sibling, but with the open-top thrills only a Spyder can provide.

Combining more power with active aerodynamic technology and a weight loss, the Huracan Performante Spyder is going to be better in just about every way than the regular version. Lamborghini will tweak the naturally aspirated 5.2-liter V10 to 630 horsepower (470 kilowatts) and 443 pound-feet (600 Newton-meters) of torque. The coupe’s diet stood at a significant 88 pounds (40 kilograms), so expect the convertible to shave off about the same amount of fat, give or take a few pounds.

All of these upgrades are going to pay dividends in terms of performance, so the sprint to 62 mph (100 kph) is going to take less than the 3.4 seconds needed by the standard car. Taking into account the coupe in the newly introduced Performante guise does the task 0.3s quicker than the regular model, the hotter Huracan Spyder should complete the journey in roughly 3.1 seconds.

A more significant improvement is going to be in the 0-124 mph (0-200 kph) run, which in the case of the coupe brought a decrease of a full second from the regular version to the Performante. If we apply the same logic, it means the car you’re looking at in the adjacent spy shots will need about 9.2 seconds.

Lamborghini will likely introduce the Huracan Performante Spyder in the following months, with a public debut probably set for September at the Frankfurt Motor Show.