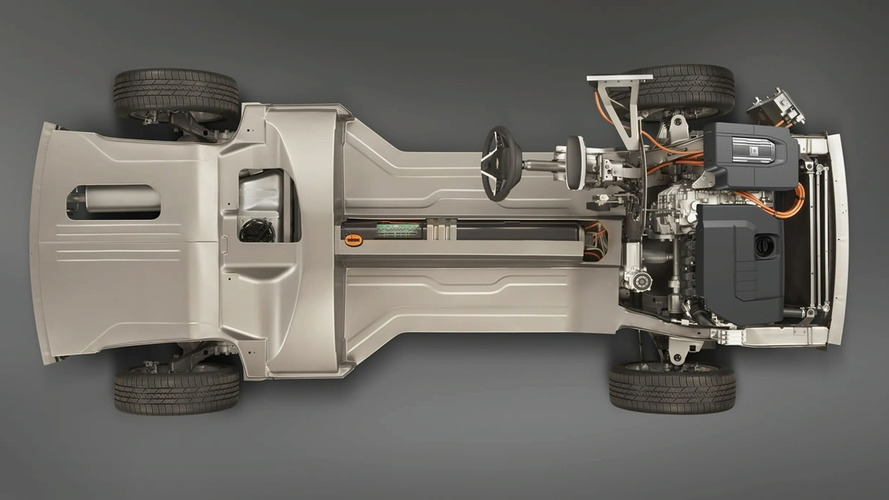 After patent leaks and a fantastic job by spy photographers, Opel has officially unveiled their version of the Chevrolet Volt called the Ampera.

After patent leaks and a fantastic job by spy photographers, Opel has officially unveiled their version of the Chevrolet Volt called the Ampera.

Unlike the Holden Volt which was relieved last week, the new Ampera features unique styling which has a definite Euro-flair. The exterior is dominated by a futuristic design that has an interesting boomerang headlight arraignment, sleek aerodynamics, and a bold Opel grille. From the rear, the Ampera has a sporty design that features a large horizontal chrome bar that ties together the taillight units, twin vertical outboard slots, and bold looking trim where a diffuser would normally reside.

The five-door four seat Ampera continues the space-age theme on the interior as it features a dark take on the Chevy Volt's iPod-appearance. One of the cabin's key features is a the use of Dark Argent Metallic paint on the center stack which creates a sporty appearance that mixes well with the cabin's Jet Black interior with Spice Red accents. Other interior features include an integrated shifter, two information displays, a touch-sensitive infotainment center, and an odd electric design theme on the door panels.

Power for the Ampera comes from GM's Voltec Propulsion System which uses a 111 kW electric drive unit and a 16-kWh lithium-ion battery which allows the car to travel up to 60 km on electricity alone before a small petrol powered engine kicks in to recharge the battery. This combination allows the Ampera to have a range up to 500 kilometers before needing to be refueled or recharged from any 230v household outlet. The Ampera's electric drive unit delivers 370 Nm of torque and about 150 horsepower, enabling the car to travel from zero to 100 km/h in around nine seconds, and hit a top speed of 161 km/h.

Considering that 80% of German drivers travel less than 50 km a day and the fact that the Ampera's operating cost will be about one-fifth of that associated with a conventional gasoline vehicle, the new model has the potential to attract a lot of attention when the car goes into production in 2011.