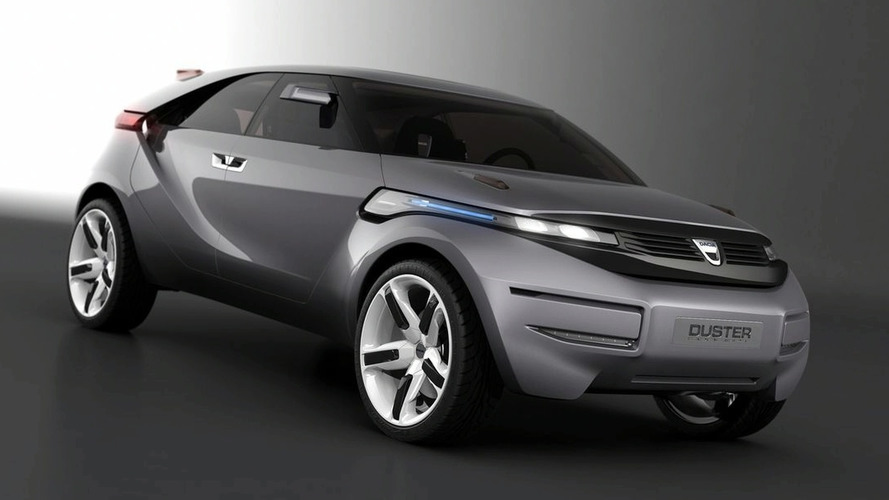 Dacia will be launching the Duster Concept car at the Geneva Motor Show. The Duster is a 4.25m long crossover with a 1.5-litre diesel engine and 21-inch wheels.

In case of recession - move up-market. That seems to be the message heeded by automakers like Citroen and Dacia. The former is reintroducing the higher-spec DS line while the latter is unveiling the Duster crossover concept at the 2009 Geneva Motor Show tomorrow. As a design study the Duster concept signals Dacia's intentions of being taken more seriously as a quality brand than it has been before.

The Duster measures 4.25 metres in length, is 1.49m high and has a wheelbase of 2.8m. Loading space is 470dm3 (VDA) while the interior features a two-tone chocolate and blue combination. It's a versatile concept that allows the front passenger seat to slide under the driver's seat to create more loading space.
The front grille has Dacia design elements with a headlights cluster that wraps all the way around to where the front door hinges.

The exterior is fitted with oversized 21-inch aluminium alloy wheels and the exterior mirrors are placed so high up the A-pillar they are almost on the roof. At the back the Duster concept features wrap-around rear lights and trapezoidal tail lamps.