Road Rager Who Swerved Into Motorcycle Gets 15 Years In Prison 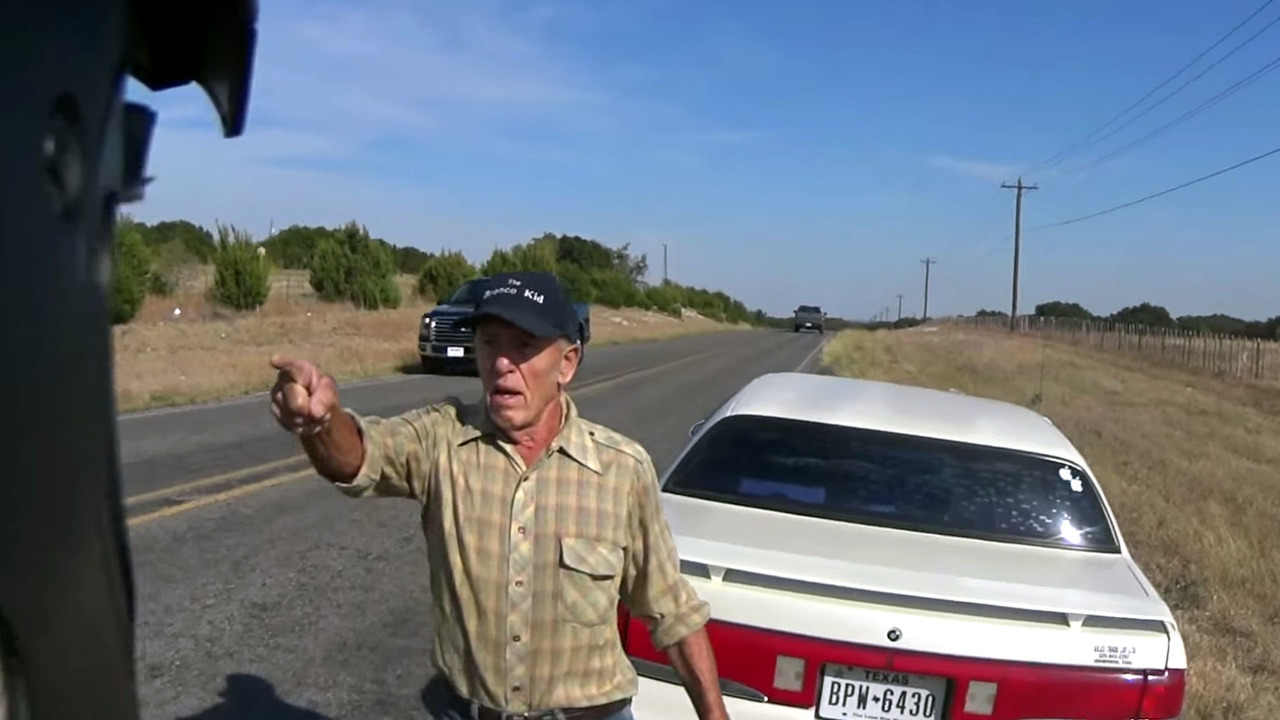 Video of the collision and the driver saying "I don't care" went viral back in 2015.

Remember when 69 year-old William Sam Crum said “I don’t care” after he intentionally crashed into the sport bike owned by 37 year-old Eric Sanders? The crash took out Sanders' Kawasaki, left him with minor injuries, and sent his girlfriend to the hospital with scrapes, bruises, and a broken arm. Crum was arrested and had been in jail since the crash, pending a trial that recently concluded.

He probably cares now, because he’ll be spending a lot more time behind bars. Crum was convicted on two counts of aggravated assault with a deadly weapon – specifically his Mercury Cougar – with the punishment being 15 years in prison. All because he didn’t like being passed by a motorcycle.

In the video, Crum says he was stung by a wasp. Shortly after his arrest, Crum claimed that a spider had bit him, causing him to lose control. Here's another video of Crum's completely intentional act of asshatery with analysis and captions that pretty much put the nail in his coffin.

We don’t condone reckless driving, and though the video does appear to show a straight road with some measure of visibility, Sanders was indeed passing in a no-passing zone. That, of course, is absolutely no justification for anyone – from law enforcement to a cranky old man – to take potentially lethal action over such an offense. Thankfully, the court saw through Crum’s “defense” and absurd excuses and threw the book at him. Perhaps if this had been his first offense things wouldn’t been different, but Crum had previously been convicted of reckless driving and making terroristic threats in 2007, when he threatened kids driving a golf cart.

Road rage is stupid, for the same reason calling your in-laws when you’ve had a few sips of scotch is stupid. You make poor life choices when in an altered state of mind, and now for Crum, he’ll be spending his twilight years in a tiny stone room – all because he wanted to be a self-appointed road warrior. Friends, if you have anger issues when driving, find a non-confrontational way to deal with them or turn in your license. Nothing behind the wheel is worth taking a life or losing your freedom over. Nothing.

Gallery: Man who swerved into passing motorcycles sent to prision