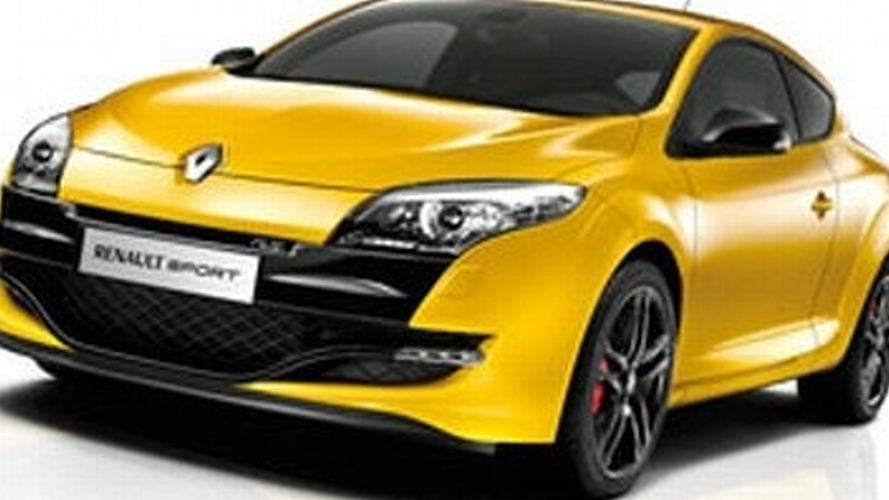 With the Geneva Motor Show just days away, Renault accidently posted pictures of their new 2010 Megane RS on the company’s website.

With the Geneva Motor Show just days away, Renault "accidently" posted pictures of their new 2010 Megane RS on the company's website. Although the pictures were quickly removed once the error was spotted, it was too late to prevent them from being circulated around the web.

As expected, the new Megane RS bares a striking resemblance to the Renault Megane Trophy Coupe which debuted at last year's Paris Auto Show. The car features a bold front end accented in a two-tone black and yellow bumper, a large air intake, a black lower lip spoiler and LED daytime running lights. It also appears to be equipped with Brembo brakes and a beautiful set of five-spoke matte-finish wheels.

In terms of performance, power will be provided by a turbocharged 2.0-liter four-cylinder engine which is rated at 250 hp and 340 Nm of torque. Among the few options that will be offered is a special cup chassis sports suspension which should compliment the car's hot-hatch personality quite well.

Look for more pictures and details to be released when Renault officially debuts the Megane RS in the coming days.