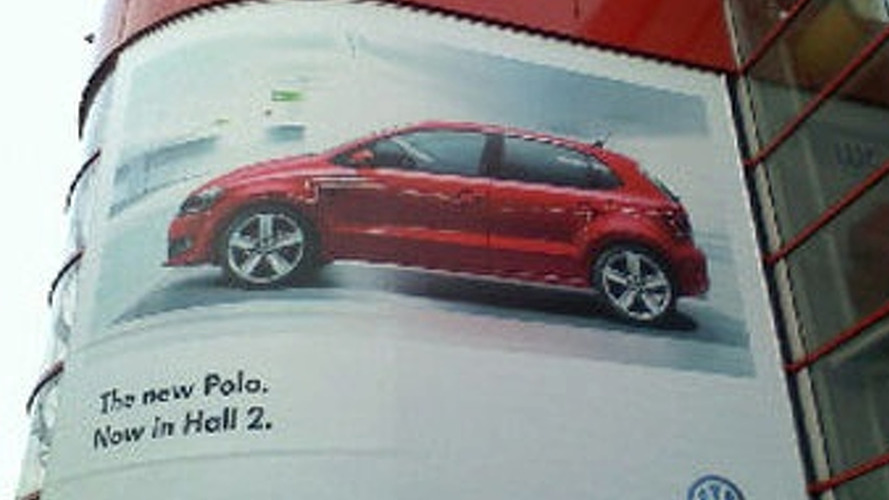 Volkswagen has unwittingly unveiled the new Polo to the world before officially showing it to the media at the 2009 Geneva Motor Show.

Seen here for the first time is an image of the brand new upcoming Volkswagen Polo. A billboard poster advertising the new 5-door car is plastered at the exhibition building of the Geneva Motor Show in Switzerland. Later on in the year, probably in Frankfurt the 3-door model will be shown. A Polo GTI will follow in 2010 with a 170hp (125kW) TSI engine.

From the looks of it we can see the small VW has grown up a little bit in size. In fact the car is said to be 3.95 metres (155.5 inches) long compared to the 3.92 metres (154.3 inches) of the previous generation. Moreover the Polo is of higher quality and speculation is that it could even pass as a mini Audi. Thus competitors like the Ford Fiesta and Toyota Yaris may be left behind by the new DS3 from Citroen as far as classing the Polo goes.

The new Volkswagen Polo range is scheduled to start selling by June this year at a price of around €14,000.