Supercharged 727-hp Ford Mustang GT Is Anything But Subtle

This look-at-me 'Stang has received a bold two-tone makeover.

What started off as a standard 2016 Ford Mustang GT with a naturally aspirated V8 is now a supercharged beast with the looks to match its newly gained pony power. The 5.0-liter engine churns a massive 727 hp (542 kW) and 610 pound-feet (827 Newton-meters) of torque thanks to Roush Performance and its R2300 TVS kit bumping output by almost 300 hp (224 kW) and 210 lb-ft (285 Nm) over a stock GT-spec ‘Stang. After slapping on a supercharger, Roush handed over the car to Carlex Design to give it a highly personalized makeover to better reflect the owner’s style and preferences.

The client decided to go with a two-tone red and white combo both inside and out, with the car’s logo dressed in the American flag. While the design certainly isn’t for everyone, the fit and finish should be since it appears to be top notch judging from these images, as one would expect from a Carlex Design project. The striking red leather upholstery applied onto the seats, door panels, and the dashboard is adorned by a quilted tubular pattern created specifically for this Mustang GT to make it stand out furthermore. 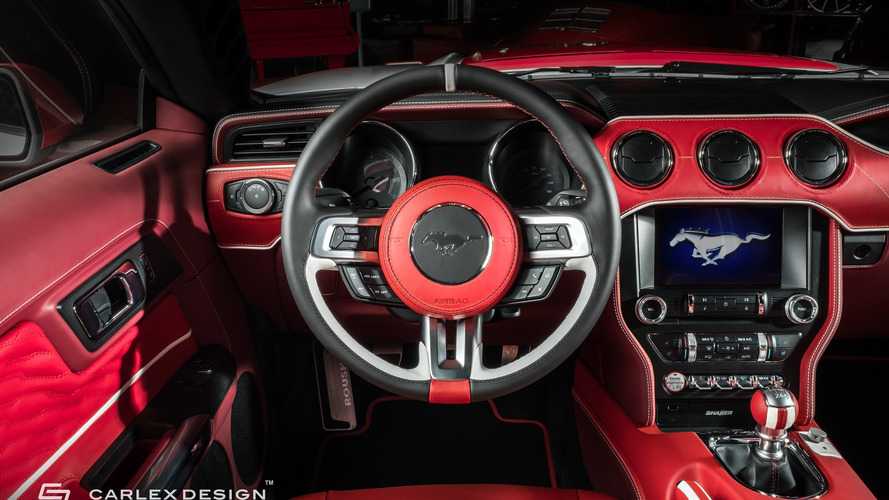 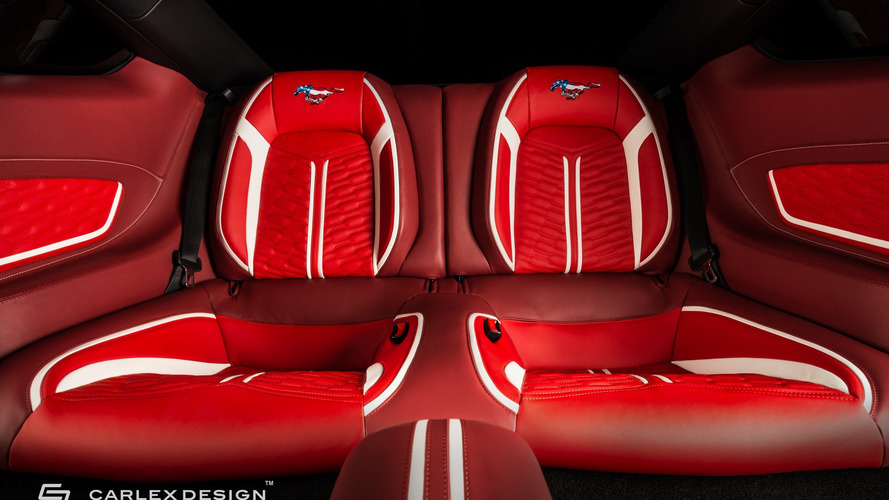 Since we’ve mentioned the dash, it features a handmade mustang motif on the passenger’s side and it’s also noticeable on the floor mats. The rather extravagant interior cabin is home to white inserts and piping here and there to spice things up, while the steering wheel clad in leather adopts a partially monochrome appearance to contrast the lively theme.

There’s no word on price, but surely this sort of work doesn’t come cheap given the numerous changes this particular 2016 Ford Mustang GT has gone through. For what it’s worth, we do know the owner did pay about $7,799 for the Roush supercharger kit as per the price listed on the tuner’s site.