The subcompact crossover gets its name from a region in Hawaii.

No, this isn’t a teaser for some sort of a new Jeep Cherokee version. It’s Hyundai’s funky new B-segment crossover that goes by the name of “Kona” and will slot below the Tucson once it will go on sale later this year. The first teaser comes to reveal the car’s Hawaii-inspired moniker and the slim headlight cluster also reminiscent of the Citroën C4 Picasso.

Already we can tell the subcompact crossover — previewed by the 2014 Intrado concept — will have a considerably different design than Hyundai’s current crop of high-riding vehicles. Once the model will be revealed in full to show its "progressive style" as Hyundai describes it, the Kona will probably look a lot like in our speculative render from last month: 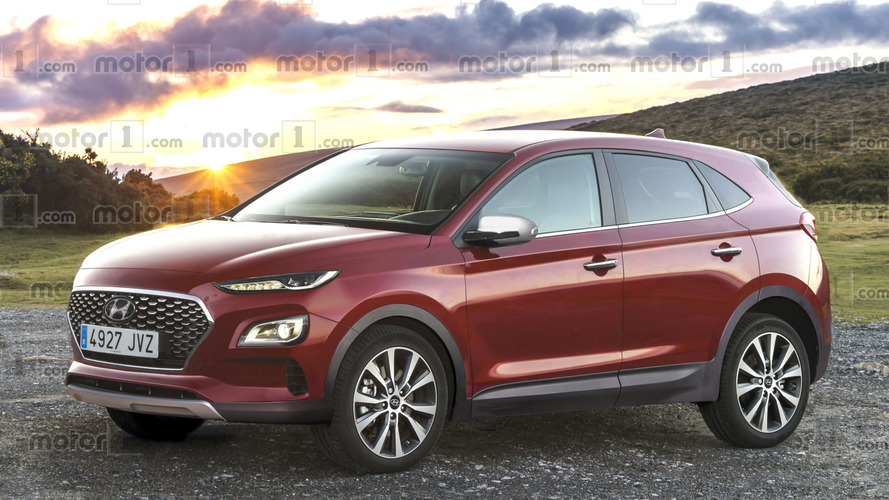 Technical specifications have not been released, but supposedly the 2018 Kona will ride on a modified platform borrowed from the i20 supermini with the engines sourced from the new i30. There’s no word about the availability of an all-wheel-drive layout, although we won’t be too surprised if Hyundai will stick to a FWD-only setup as seen on most subcompact crossovers.

Hyundai isn’t saying when it will take the wraps off the Kona, but it does mention additional news about it are going to be released in the near future. It’s unclear at this point whether the model will celebrate its premiere at the New York Auto Show later this month.

As a final note, Kia is also working on its own version of the car and rumors are indicating it’s going to be called "Stonic." Also set to arrive later this year, the small crossover will have a more conventional exterior design with a regular headlight arrangement judging by what the spy photos have been showing over the last few months.

High Wycombe, 03 April 2017 – Hyundai Motor announces the name of its new sub-compact SUV: The All-New Hyundai Kona. The all-new B-SUV will be the fourth member of the brand’s SUV family in Europe consisting of Grand Santa Fe, Santa Fe and Tucson. It features a progressive style that reflects the lifestyle of modern customers.

The name Kona continues Hyundai Motor’s SUV naming strategy and is derived from the Kona district on the Big Island of Hawaii. The island’s energetic image and unique lifestyle matches the All-New Hyundai Kona’s dynamic character.

Further news about the All-New Hyundai Kona will be released in the near future.