April Fools' Day Prank Roundup — The Good And The Bad

Some are nice. Others, not so much...

[Update] Our colleagues at GTSpirit have fabricated a proper headliner: Volkswagen is buying Ferrari for $13 billion. Not only that, but Sergio Marchionne is leaving the Maranello-based automaker effective immediately. The two companies have been negotiating for months, but Ferrari’s former chairman and CEO simply refused to be involved in the process.

VW’s Chairman of the Board of Management, Matthias Müller, told GTSpirit there’s a post awaiting Marchionne at VW’s offices since the company believes his expertise could be put to good use to “take the VW Group to a new level.” With Ferrari sold to zee Germans, the naturally aspirated V12 is expected to soldier on into the next decade as VW believes there's a future for the engine.

Another April Fools’ Day is upon us, so automakers are doing their best to prank us. While a few of the following jokes will make you giggle, others are kind of “meh.”

Let’s begin with my personal favorite. 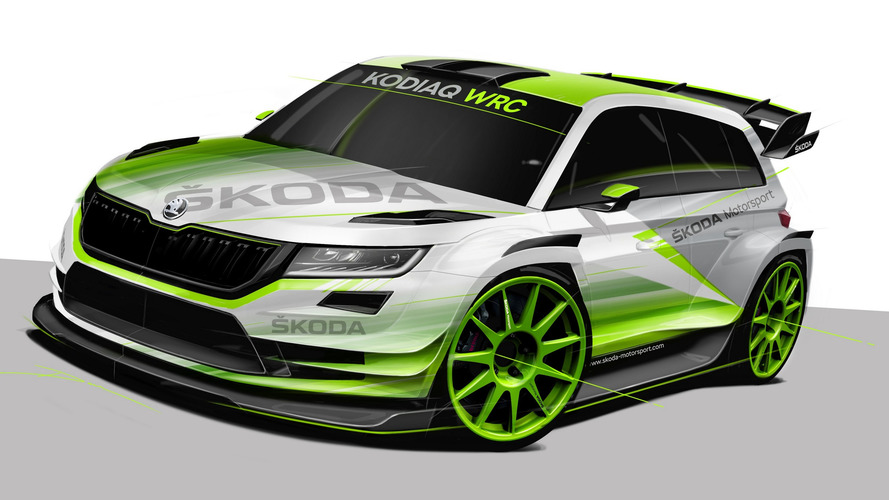 It will be a cold day in hell when large SUVs are going to take part in the World Rally Championship, but even so Skoda has decided to give its Kodiaq seven-seat SUV the full-on WRC treatment. Although the Kodiaq WRC is never going to happen, it’s still pretty cool to explore the idea of a race car based on a family-oriented and hugely spacious SUV. 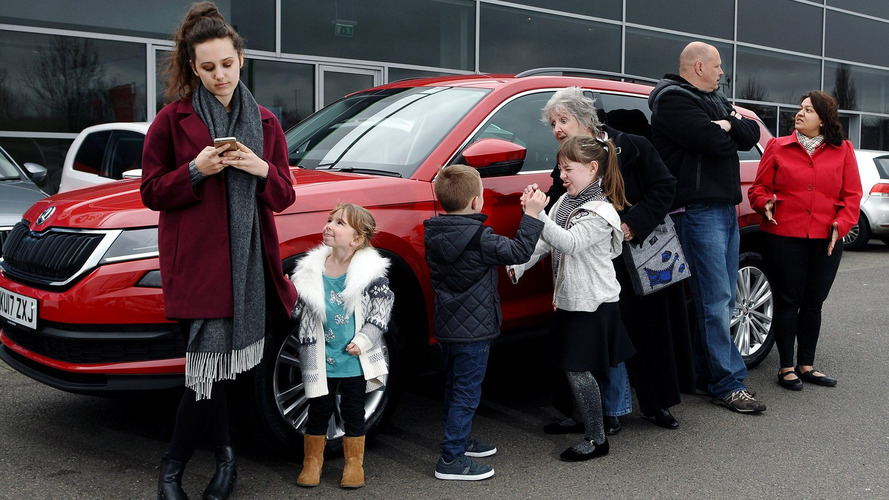 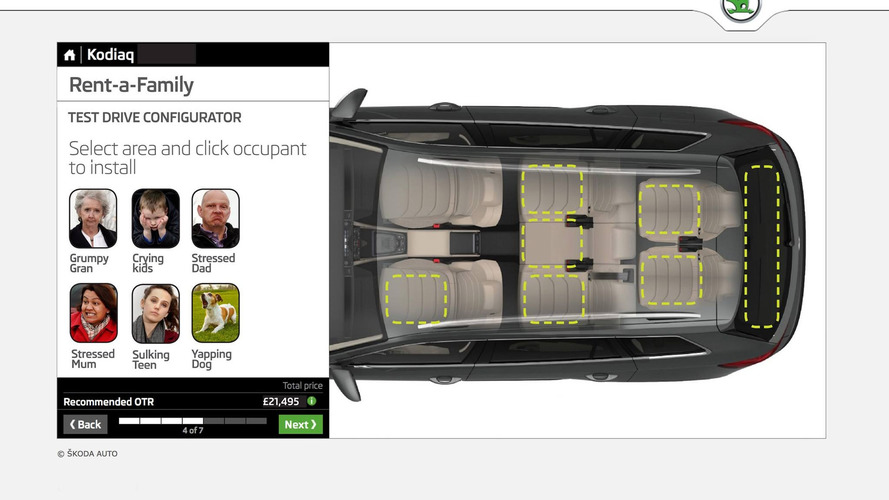 Skoda’s second April Fools’ Day Prank is called “Rent-A-Family.” If you happen to have a Kodiaq in your garage but don’t have a family, the company’s U.K. division will be more than happy to provide you with one to occupy all seven seats of your SUV. There’s even an online configurator available, allowing you to pick crying kids, stressed dad, grumpy gran, sulking teen, stressed mum, and even a yapping dog. 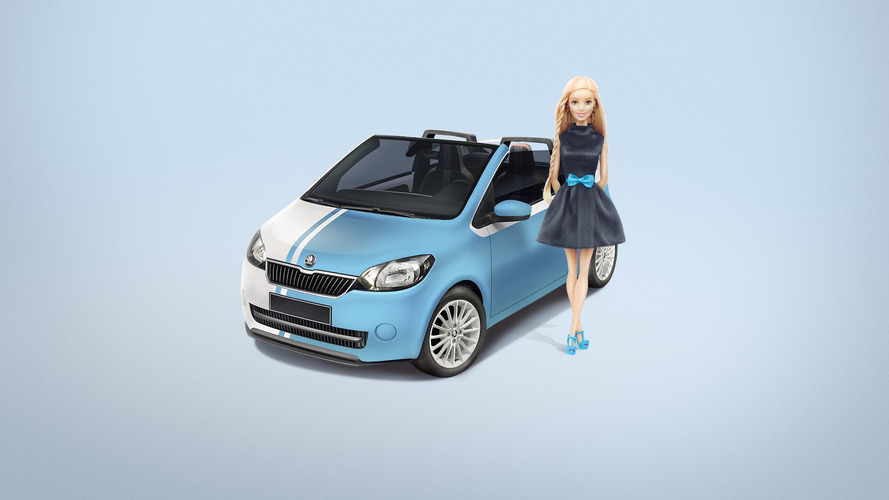 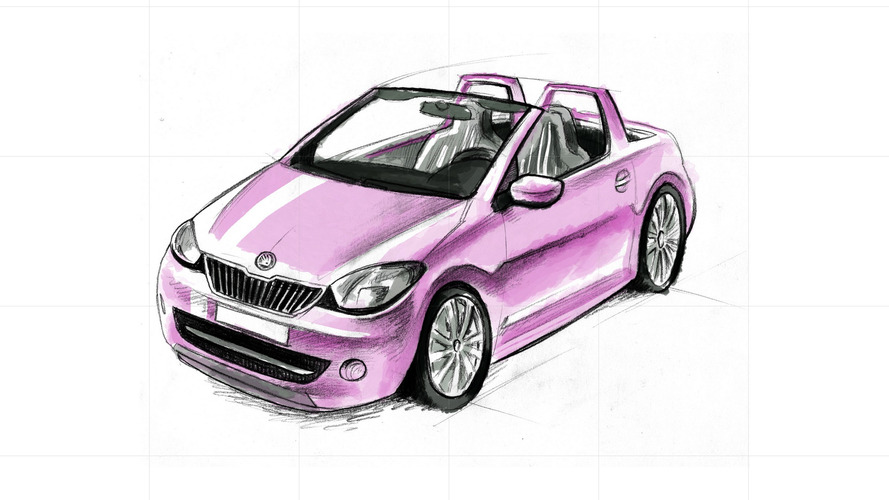 The third and final gag is about a Citigo for dolls fitted with a handbag holder, foldable shoe rack in the trunk, and a nail polish matching the car's color.

You can now make money with your Mini Convertible if you get the optional John Cooker Works package that’ll turn the posh cabrio into a mobile street vendor. The kit brings a solid-oak food sales and preparation surface as well as an induction cooker with integrated fume hood. To preserve the integrity of the products, the car’s trunk is refrigerated. Price? Mini wants $ 1,959 / €1,959 / £ 1,959.

Beginning today, Hyundai Motor UK is offering the Click to Fly service billed as being the first drone-based car delivery service in the world. It takes only a couple of hours from the moment you order the car until it reaches your driveway via a hydrogen-powered drone. These zero-emissions drones are strong enough to carry loads of more than 2,000 kilograms (4,409 pounds), so even the Santa Fe can be airlifted. 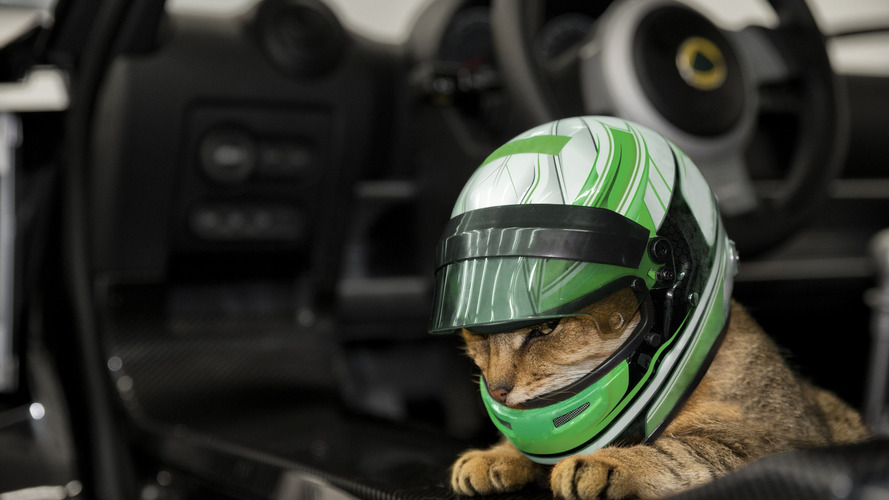 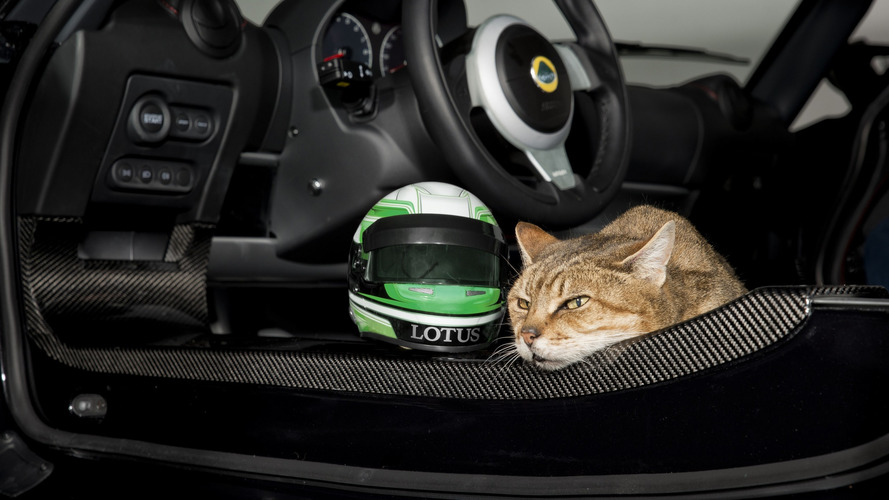 Available on order only until noon today, the Lotus Pet Lids are the latest lifestyle products developed by Lotus Exclusive. Much like the company’s cars, these helmets for cats have been designed to be as light as possible. Case in point, the Norfolk-based marque has worked its magic and each helmet tips the scales at a mere 25 grams. 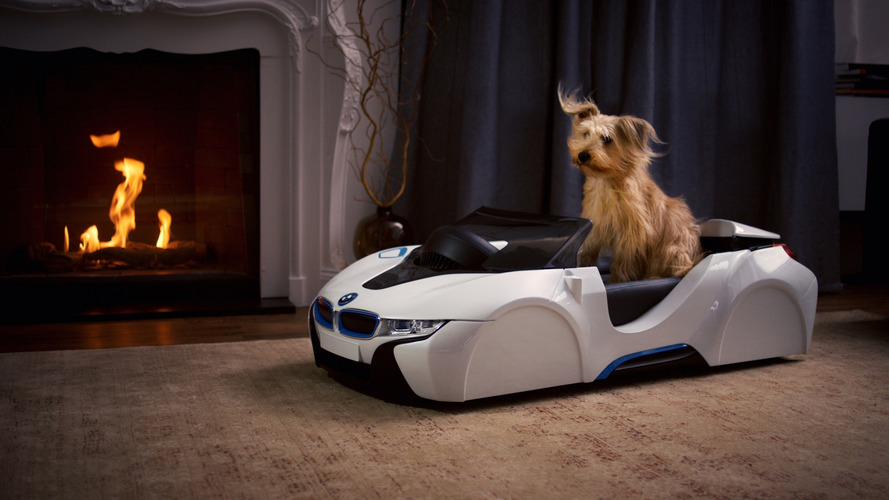 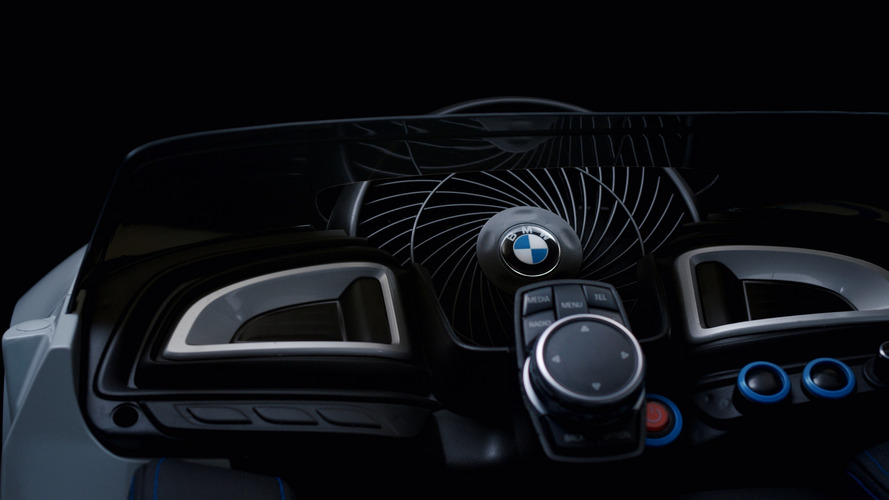 Much like Lotus, BMW is also thinking about your four-legged furry companion, but this time around it’s a product for your dog. Upholstered in Alcantara and available in a dozen of different colors, the dDrive dog basket is powered by a TwinPower Turbo fan made from carbon fiber and fitted with three driving modes. Your pooch will be the talk of the dog town. 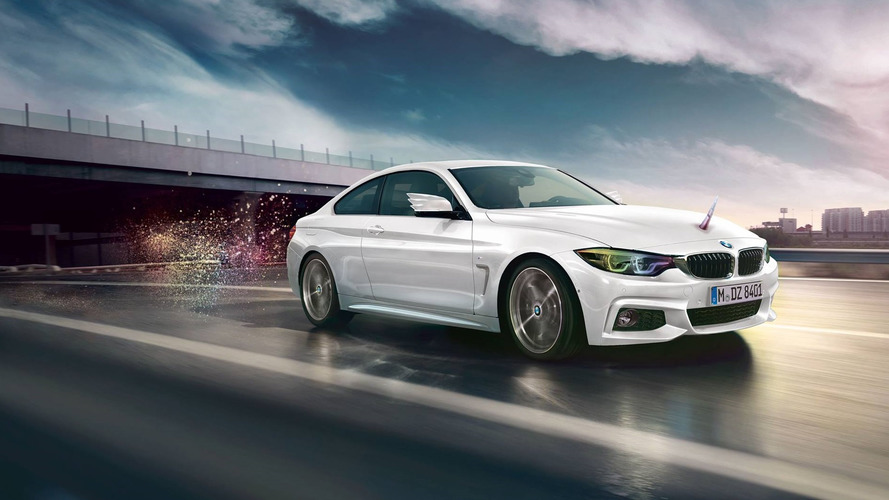 All models part of the 4 Series family are now optionally available with an unicorn attached onto the hood. Better hurry up as BMW says it's a limited-run item.

With United Kingdom only getting a “miserable 1,400 hours of sunlight a year,” Dacia’s local division has turned its affordable supermini into a sunbed on wheels. Meet the “Sundero,” bundled with Dacia-branded moisturizing cream and tanning lotion. The car even has its own motto: “If it's rainy and cloudy outside, it's always sunny inside the new Dacia.” 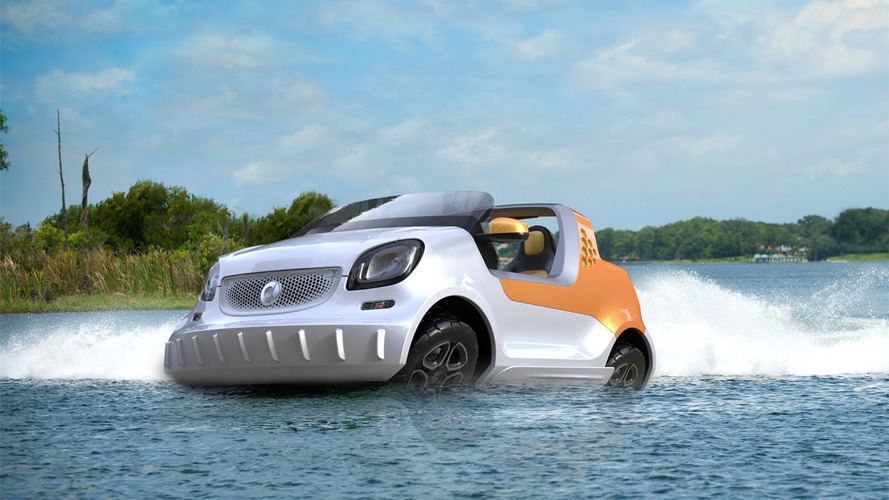 The idea of an amphibious car has always been intriguing, and Smart is ready to introduce its own part car, part boat appropriately called “ForSea.” The open-top two-seater nicknamed “Finding Nemo” has a cruising speed of 10 knots and can reach 15 knots when you’re in a hurry. Smart touts a maximum navigating autonomy of three hours and mentions the ForSea has been equipped with a water-jet propeller linked to a joint shaft on the rear differential. The rear-mounted engine's power is sent to the water jet via an ECU in charge of the differential lock to transfer torque from the axle to the universal joint shaft.

Lane Valet technology is something that we would like to see happen in real life. At the push of a button, Lexus’ system can scan the road up ahead for slower traffic and once it detects a car is blocking the lane, it automatically (and safely) moves the vehicle to the right lane to free up the driver’s path. Make it happen, Lexus.

The car horn has been pretty much the same since its inception, and although it’s not the most exciting standard feature of a car, it is an efficient tool to communicate with the other members of the traffic. Honda has decided to revamp the conventional car horn by turning it into an audible emoji capable of expressing multiple emotions perfect for a variety of situations.

By using a digital windscreen and bidirectional “s-wipers,” the H-Swipe in-car dating app can help you hook up. The car’s GPS can locate a potential significant other and then all you have to do is swipe left or right, depending on whether you want to accept or reject the proposal. 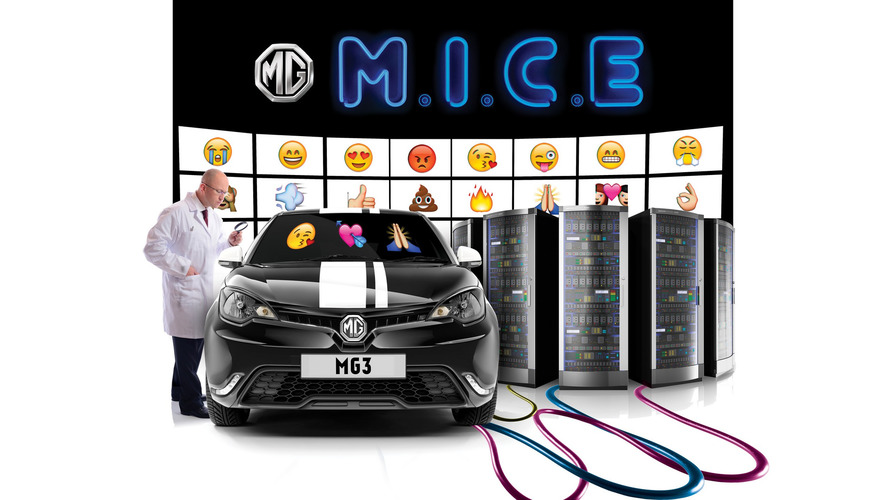 Yes, another one with emojis. While Honda’s application involves sounds, the “MG Inter-Car Emoji (MICE) technology” is about projecting LED emojis onto both front and rear windscreens as a way to communicate with other drivers. To avoid distractions while driving, the person behind the wheel can pick the appropriate emoji via voice control. Selectable emojis include blowing a kiss, thumbs up gesture, winky face, and rolling eyes… 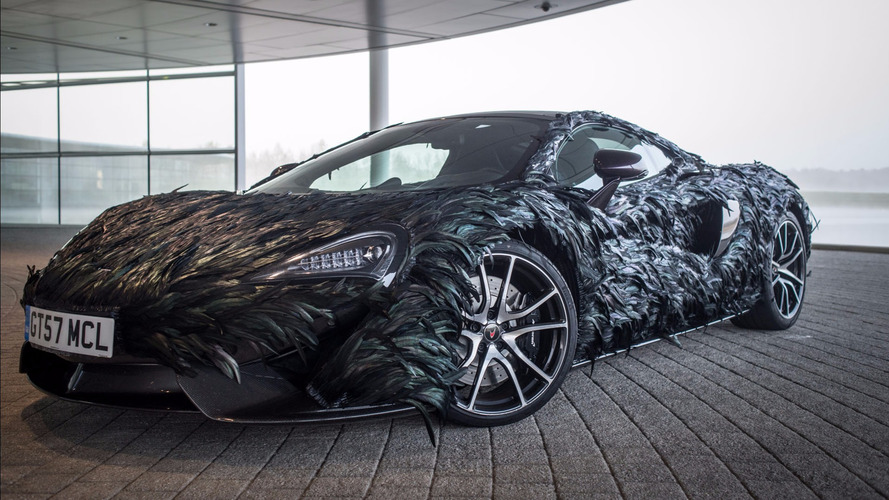 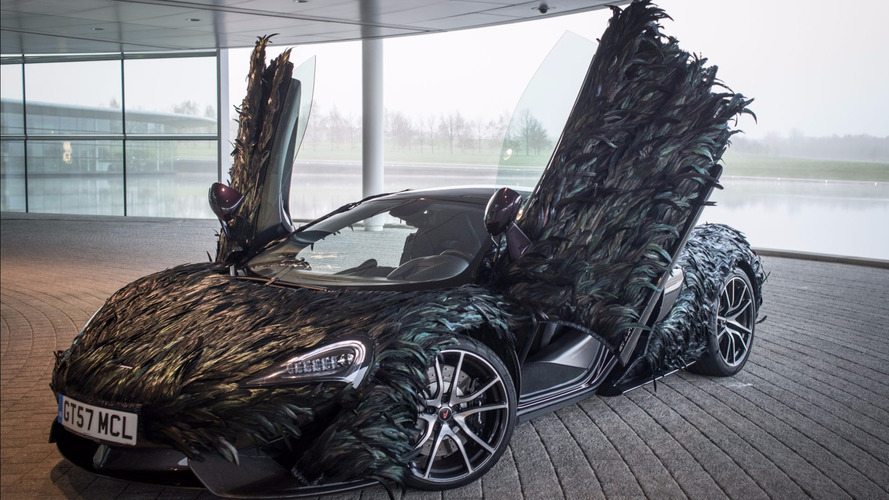 At 1,495 kg (3,296 lbs), the 570GT is a lightweight sports car thanks to carbon fiber and what better way to emphasize its featherweight class if not by applying lots of artificial feathers with carbon-fiber veins? 10,000, to be exact. Hand-applied, these feathers are 2.76 inches long and come with a pearlescent lacquer coating for a stronger visual impact.

Those willing to spice up their posh new Adam city car can pay more and get a so-called "scented paint." The first of the bunch is this "Berry-Red," which as you might have guessed already, smells like a strawberry. 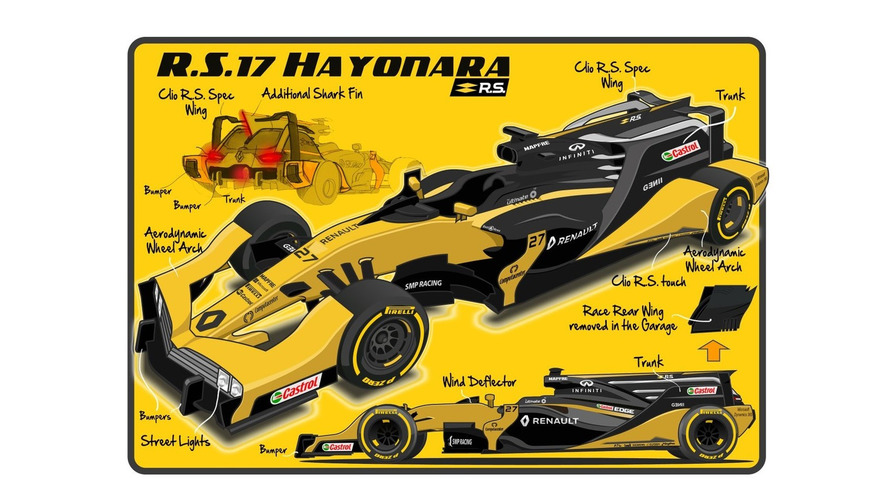 Who said Formula 1 cars can’t be practical? Get ready to meet the first-ever F1 hatchback, the “R.S. 17 Hayonara.” Renault says it’s only a concept, but nevertheless it’s accepting signed blank checks should you be interested in owning one. It draws inspiration from the company’s first production hatchback, the Renault 16 launched in 1965. It has a cargo capacity of 300 liters and can be transformed into a proper track car thanks to the patented “Bilateral Unified Literal Levitational Systematic Hayonara Intelligent Transformation.” 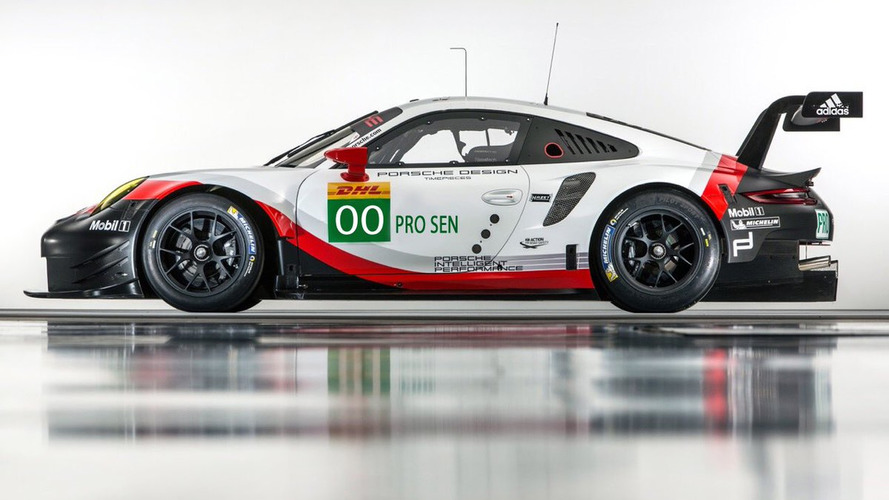 Last but not least, Porsche has announced today on Twitter a third 911 RSR will be at Le Mans this year in the hands of legendary drivers Walter Roehrl, Hurley Haywood, and Hans Herrmann.