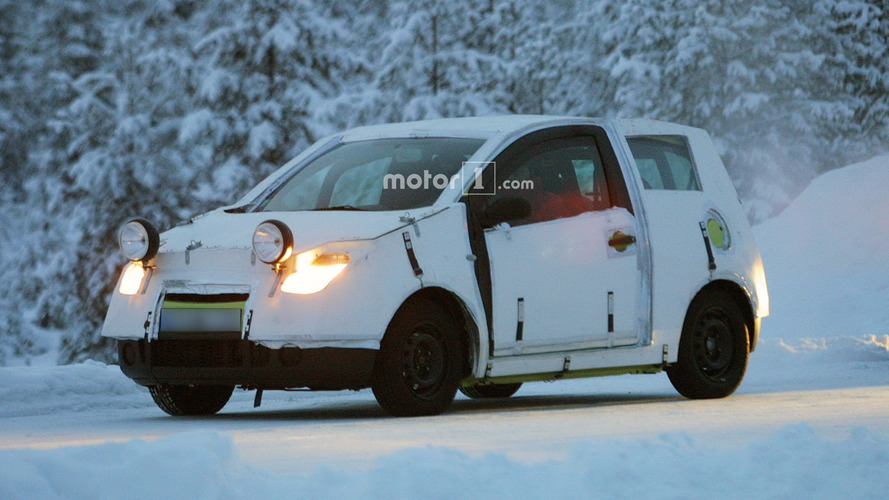 Coming from an automaker known for its funky designs, this pint-sized city car was launched in the first half of the 2000s as a replacement for a very popular nameplate. With a fresh design and a different moniker, the cutesy little vehicle was aimed mostly at the younger audience in search for an affordable and fun-to-drive hatchback that was cheap to insure. Shortly after going on sale, the model went on to win an award in Europe for the best vehicle with this body style.

It might not look very appealing in this spy shot from somewhere in northern Europe, but that’s just because of the heavy amount of camouflage the prototype was wearing. The extra set of lights mounted at the front was obviously used only during the testing phase, while the production car came with proper side skirts. One interesting feature and at the same time very rare to see in this segment was the implementation of a split tailgate, so maneuvering luggage in and out of the car was a piece of cake.

Sold strictly as a three-door hatch, the car was available until late 2009 and during its life cycle almost 700,000 units were sold. It spawned a namesake version for the Chinese market, but that had a changed design and was built locally with different specifications.

Although it never received the full hot-hatch treatment, there was a lukewarm edition with 123 horsepower (91 kilowatts) and 106 pound-feet (143 Newton-meters) of torque coming from a four-cylinder 1.6-liter gasoline engine. It had enough punch to grant the car with a sprint to 62 mph (100 kph) in the low eight seconds, which although wasn’t very impressive, the car was nevertheless a blast to drive.

As usual, we are going to update the article with the answer tomorrow morning (GMT). If you have an idea about the car’s identity, feel free to share it with us in the comments section below.