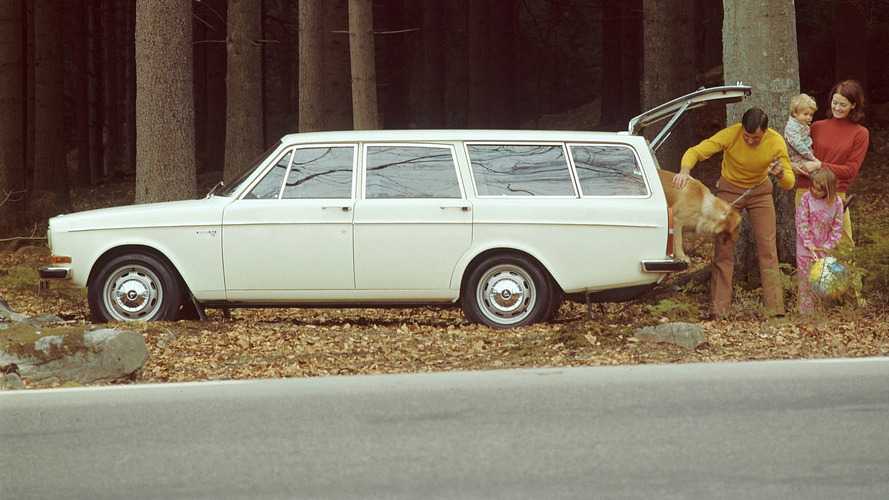 The company is celebrating its 90th anniversary.

The 2017 Techno Classica exhibition in Essen, Germany, is shaping up to be a great event for classic car lovers. Several big manufacturers, including Mercedes-Benz, Opel, Jaguar, and Audi, have already announced impressive collections that will be showcased during the show, and now Volvo is joining them with a rather spectacular sextet of retro models.

For example, the PV654, part of the PV600 series, debuted in 1929, just two years after Volvo had started its operations. It was powered by a 3.0-liter straight-six engine and was also available as a seven-seat model.

Its successor, the PV444, was revealed in 1944, but due to material shortages after WWII, production started in 1947. It was arguably the first Volvo vehicle to be offered within reach for customers with an ordinary income, and the demand was much bigger than the supply.

The 1800 S, also part of Volvo’s Essen exhibition, is described by the manufacturer as “probably the most iconic Volvo model of all time.” It’s still quite popular among car enthusiasts and was assembled until 1973.

Fast forward to 1996, the 850 R high-performance vehicle made its official premiere as a successor to the 850 T5-R. It featured a 2.3-liter five-cylinder turbocharged engine with 250 horsepower (186 kilowatts), which was capable of accelerating the vehicle from a standstill to 62 miles per hour (100 kilometers per hour) in only 7.5 seconds. Produced in both wagon and sedan body styles, the 850 R is one of the favorite cars of youngtimer classic fans.

In addition to its oldtimers, Volvo will also bring its newest member, the XC60 crossover. The model was launched last month in Geneva and will now make its first public appearance in Germany.

Volvo Cars, the premium car maker, celebrates its 90th anniversary with a display of modern and historic models at the world's biggest show for classic vehicles, Techno Classica, in Essen, Germany, 5-9 April.

On April 14, 1927, the first Volvo Car drove out of the factory gate in Gothenburg, Sweden.

The new car replaces Volvo's highly successful original XC60, which in the nine years since its launch became the bestselling premium mid-sized SUV in Europe, with nearly a million units sold globally. The XC60 today represents around 30 per cent of Volvo's total global sales.

“We have a strong heritage in designing stylish and dynamic SUVs that offer the latest in technology. The new XC60 will be no exception. It's the perfect car for an active lifestyle, and it represents the next step in our transformation plan,” said Håkan Samuelsson, President and Chief Executive, Volvo Car Group.

The six classic Volvo models exhibited at Techno Classica will be:

The Volvo PV600 series came in 1929, only two years after the little Swedish car company had started its operations. It had a distinct American-inspired design and a powerful 3.0-litre straight-six-cylinder engine. A seven-seater version was also made, mainly for taxi purposes.

Approximately 4,400 examples of the Volvo PV600 series were made during the model's eight-year lifespan.

The PV444 was called “the little Volvo” when it was first shown in Stockholm in 1944. However, due to material shortages after WWII, production didn't start until 1947. For the first time, Volvo could offer a model that was within reach for customers with an ordinary income, and the demand was much bigger than the supply.

The PV444 was the first Volvo model to be exported to the USA. The first car came to the port in Long Beach, California, in 1955 – and only two years later, Volvo was the Sunshine State's second-biggest import brand.

The Volvo P1800 is probably the most iconic Volvo model of all time.

It became known worldwide as “The Saint's car” in the 1960s TV show of the same name, starring Roger Moore as Simon Templar.

Manufactured from 1961 until 1973, the P1800 is a highly sought-after classic among collectors today.

At the end of November 1967, Volvo presented the third variant in what was now developing into a complete car family known as the 140 series – the Volvo 145.

The Volvo 145 was a five-door estate with a rear section that had a virtually vertical tailgate. Everybody agreed that this was a safe, comfortable and extremely practical and spacious car. The cargo volume was more than two cubic metres and the floor of the cargo area was completely flat.

The Volvo 145 quickly became an extremely popular estate and played an increasingly important role within the 140 series.

The Volvo 262C was launched at the Geneva Motor Show in March 1977, as a part of Volvo's 50th anniversary. It was the result of a cooperation between Volvo and Bertone, designed in Sweden but assembled in Turin, Italy.

This four-seater coupe – with the radical roofline that became the 262C's trademark – was based on the two-door, six-cylinder 262 saloon. Custom stampings were done by Bertone, and the Italian firm also provided the custom interiors in pleated leather, elm veneer and deep-pile carpeting.

The transversely mounted, 2.3-litre, inline five-cylinder engine produced 250 hp, powering the car to 100 km/h in just 7.5 seconds. The intense red colour was unique to the 850 R, but the car could also be ordered in five other colours, depending on the market.

The 850 R was produced both as a saloon and an estate, and is now a much sought-after "youngtimer" classic.