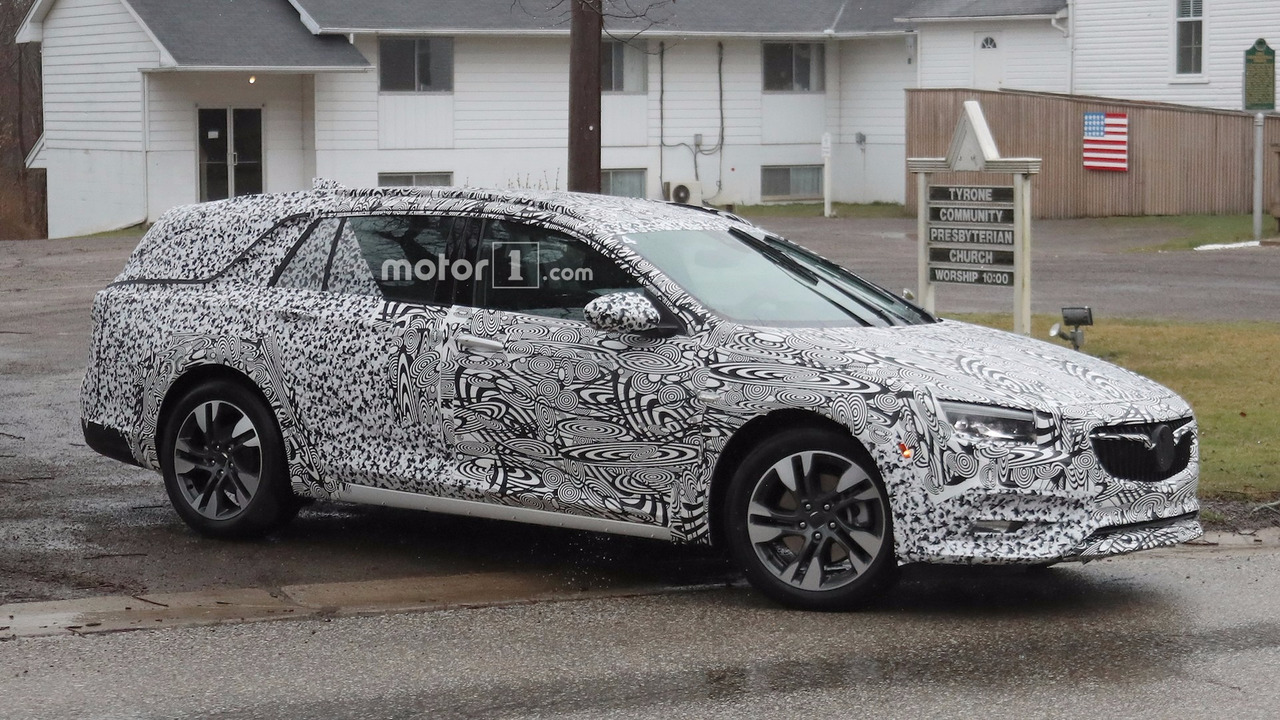 The two were spotted testing outside GM's Milford Proving Grounds.

Buick is bringing back the wagon… not that it actually left. New spy shots show the new Regal sedan and wagon testing on public roads in Michigan new GM's Milford Proving Grounds. And though they’re covered head to toe in camouflage, the overall design doesn’t stray much from its Opel Insignia sibling.

The front fascia is significantly sleeker than its outgoing predecessor. The angular headlights and the more pronounced grille give it a more refined look. The wagon – or TourX model – borrows all of the same features, but in this application, tacks on a bit of extra room in the rear, naturally.

The Grand Sport will act as the five-door liftback model, while the TourX will bring the fight to the Audi Allroad, Volvo V60, and other luxury wagons in the segment. Both will make their official debut in early April before being put on display the New York Auto Show in the weeks that follow.

Similar to the design, most of the powertrain details remain under wraps. Rumors suggest we could see 1.5- and 2.0-liter turbocharged engine options borrowed form the Chevy Malibu. A 1.6-liter diesel offering is also expected. All-wheel drive will likely come standard on the TourX wagon, and remain an option on the sedan.

We won’t know all of the details until the two make their official debut at GM’s Warren Technical Center on April 4, and the following New York Auto Show, which opens it doors to the press on April 12. Both the Regal Grand Sport and TourX will go on sale later in the year, no word on pricing.