Spoiler alert: We are very cross with Honda right now.

Honda, if this is an April Fools prank we’re going to be very cross with you. That’s because America desperately needs Honda Horn Emojis in our lives. Imagine sitting in gridlock, listening to a cheerful automotive choir instead of the lifeless, dissonant, monotone droning we’ve come to accept. There’s even a silent horn tone in this system that only our canine friends can hear. How thoughtful is that?

In short, this new gimmick from Honda offers a range of horn sounds to match moods and driving conditions drivers often face. The various horn sounds are controlled through a series of easily accessible buttons on the steering wheel, identifiable by a series of emojis that anyone familiar with texting and chatting (that would be everyone, except the crazy old cat-lady at the end of the block) will easily recognize. 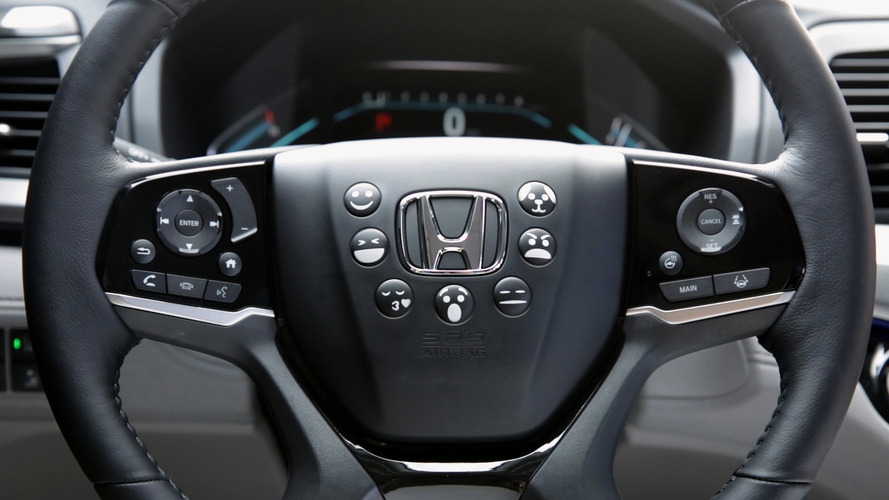 "Horns have been around for over a century, but little has been done to make these sound-making devices a personal expression of the driver's emotions like we're doing with the all-new Honda Odyssey," said Alice Alerto, the Honda engineer in charge of horn development, in a press release about the new system. "We have exhaustively researched and tested these new Honda Horn Emojis to offer the industry's most advanced in-vehicle technology in the minivan segment."

In developing the system, Honda utilized data compiled by social scientists and audiologists to create a horn system that could best communicate emotions to other drivers. Engineers then undertook “a rigorous development process” to install buttons on a steering wheel, thus bringing Honda Horn Emojis to life.

Honda touts the new system as the most advanced horn arrangement for driver communication, but we think the Duke boys might have something to say about that. Regardless, when it debuts exclusively for the 2018 Honda Odyssey, it could revolutionize road rage and dash cam videos on YouTube for days, possibly even weeks.

That is, if it were real.

Honda has announced a major update to the conventional vehicle horn with the introduction of Honda Horn Emojis, an integrated vehicle-to-vehicle and vehicle-to-human communications system for the modern driver (https://youtu.be/B1qmmf6cYow). Offered as standard technology on the all-new 2018 Odyssey minivan, launching nationwide this spring, Honda Horn Emojis offer more expressive horn sounds than a traditional car horn, providing drivers a contemporary way of communicating.

Integrated into the steering wheel of the new 2018 Honda Odyssey, Honda Horn Emojis are easy to access and safe to use in a multitude of situations, such as the Rush Hour Traffic emoji, which helps share the pain of being stuck in traffic with other drivers. Honda Horn Emojis also include the Happy Honda Honk emoji that enables the driver to say "hello" to passersby, and the Honda Dog emoji, which is silent to humans but warns canines of approaching vehicles, among others.

"Horns have been around for over a century, but little has been done to make these sound-making devices a personal expression of the driver's emotions like we're doing with the all-new Honda Odyssey," said Alice Alerto, the Honda engineer in charge of horn development. "We have exhaustively researched and tested these new Honda Horn Emojis to offer the industry's most advanced in-vehicle technology in the minivan segment."

To make a more personal and expressive horn, Honda utilized data compiled by social scientists and audiologists to identify situations in which the horn can best communicate the driver's emotions, and through their findings, developed sounds to express specific emotions that are deployed through the new Honda Horn Emojis.

Research showed that anger is the number one reason the driver uses a standard horn. Honda's goal was to take horn expression to the next level by expanding the emotional spectrum into other audio-based gestures such as happiness, love and empathy. Through the rigorous development process, Honda engineers have achieved a seamless transition from a traditional horn to Honda Horn Emojis. Honda Horn Emojis were developed by Honda Dream Labs, the same creative folks behind the HondaVac, the world's first in-car vacuum that debuted in the previous generation Odyssey minivan.

Honda Horn Emojis will come standard on the 2018 Honda Odyssey, and join the available advanced connectivity and technology features that will debut on the sleek, sophisticated and innovative new 2018 Odyssey this spring.

The all-new 2018 Honda Odyssey was designed and developed by Honda R&D Americas. The Odyssey and its 280-horsepower 3.5-liter i-VTECTM V-6 engine will be manufactured exclusively at the company's Lincoln, Alabama plant using domestic and globally sourced parts. The Odyssey's all-new 10-speed automatic transmission will be produced at the company's plant in Tallapoosa, Georgia. The 2018 Odyssey is the second generation Odyssey to be designed and developed in North America and the fourth generation to be manufactured exclusively in North America.