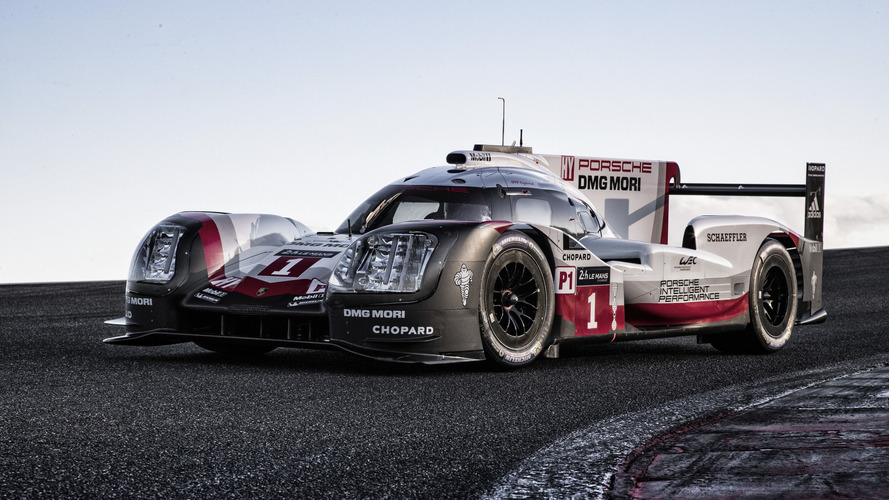 Porsche has officially taken the wraps off its new 919 Hybrid LMP1 contender, with which it aims to defend its FIA World Endurance Championship and Le Mans 24 Hours titles.

The German marque's revised challenger broke cover last weekend, as photos emerged of the 919 Hybrid testing at Paul Ricard ahead of its official unveil at the WEC Prologue test at Monza on Friday.

Porsche's new car is powered by an updated 2.0-liter V4 gasoline engine, claimed to be the "most efficient combustion engine in the history of Porsche to date", twinned with a 8MJ hybrid system - the same as LMP1 rival squad Toyota.

Similarly to the Japanese manufacturer, Porsche is running the 919 in low-downforce spec for the two-day Monza test, which begins on Saturday, but still refuses to reveal which aero kit it will employ for the Silverstone opener.

While the chassis remains the same for the third year in a row, Porsche team principal Andrea Seidl does not believe this will negatively impact performance, as "60 to 70 percent" of the car is new.

"The basic concept of the 919 Hybrid still offers scope to optimise the finer details and further boost efficiency," said Seidl. "The monocoque has remained unchanged since 2016, but the optimisation potential of all other components was analysed, and in most cases, adjustments made accordingly."

Porsche's driver lineup has undergone a signficant reshuffle since 2016, with two of the drivers that took the championship crown last year - Romain Dumas and Marc Lieb - having been dropped.

Neel Jani is the only one of last season's title-winning trio to remain in place in the #1 car, the Swiss driver being joined by Audi convert Andre Lotterer and 2015 Le Mans 24 Hours winner Nick Tandy.