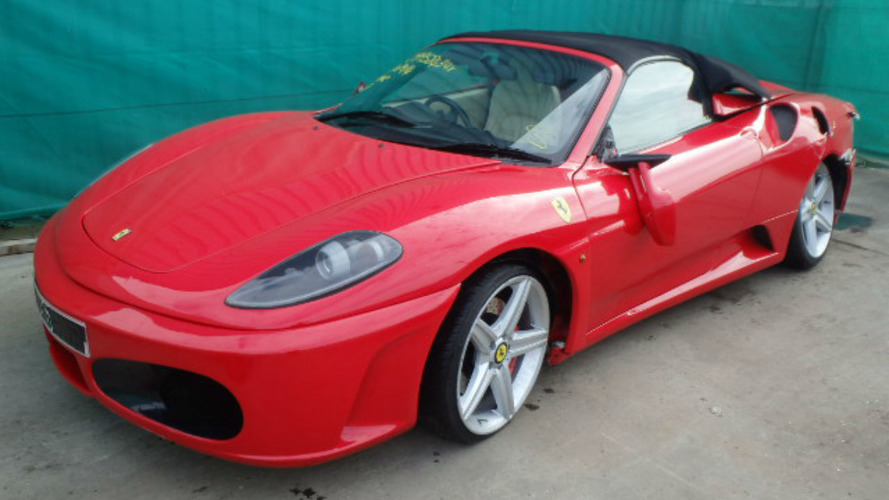 He crashed his Toyota MR2 into his friend's rental car and tried to claim off the insurance.

The driver of a Toyota MR2 modified to look like a Ferrari has been jailed after crashing it into his friend's rental car and lying to the insurance company.

Adam Islam, of Southwold Drive, Barking, Essex, told insurers that his fake Ferrari had broken down when it was hit by an Audi A1 rental car, driven by Abu Khayer. But the two drivers — who are friends — were reportedly driving recklessly when they collided, and decided to lie to their insurance companies before splitting a payout between them.

Commercial law firm Hill-Dickinson’s fraud detection system flagged the claim as suspicious after and experts Asset Protection Unit (APU) were called in to investigate. Its team of ex-police officers soon discovered pictures of the two friends together on social media, and found that Islam had recently failed to sell the Toyota online for £30,000 (about $37,300).

Unusually for an insurance fraud case like this, the case went to court without police involvement — and Islam was sentenced to 18 months for making the bogus claim. His accomplice, Khayer, was given a 12-month sentence suspended for two years, and was ordered to compensate Accident Exchange, his hire company, and its insurer, more than £10,000 (approximately $12,400) in total.

“Almost immediately after the crash, you [Islam and Khayer] both launched into a sophisticated fraud,” said judge HHJ Dawson. “This is not a victimless crime; we all end up paying more for car insurance. It also undermines the trust from insurance companies in the public, which causes delay in genuine payments. More fraud makes it more difficult for honest people to be paid.”

The case comes after police in Spain raided a factory that was turning Toyota MR2s into fake Ferraris and selling them for around £35,000 (about $43,500) each.

In a landmark private prosecution led by Asset Protection Unit (APU), a motor fraudster was sentenced to 18 months in prison at Snaresbrook Crown Court yesterday.

Having pled guilty to fraud by false representation, Adam Islam admitted to crashing his fake Ferrari in a bogus claim which paid out £29,000.

The incident occurred on 12th September 2014, when Islam, of Southwold Drive, Barking, Essex, crashed his Toyota MR2, which was dressed up to look like a Ferrari F430, into his friend’s hired Audi A1 in suspicious circumstances.

With insurance fraud low on the list of police priorities, and Insurance Fraud Enforcement Department (IFED) rules dictating fraud must be reported by an insurer or the police, the action led by motor fraud experts APU proved the only option to recover the £29,000 paid out by Islam’s insurers.

Islam and his accomplice Abu Khayer convinced his insurer LV= to pay out £29,000 after claiming his car had broken down on a bend before being hit, and that he did not know the driver. As the at-fault vehicle was insured by the hire company, Abu would incur no personal cost by accepting liability for the accident and could split the hefty insurance pay-out with Islam.

Already in a replacement hire car organised by his accomplice, Mohammed Abu Khayer following the accident, Islam tried to claim for another credit hire car from a separate company. This was quickly detected by Hill-Dickinson’s Netfoil database, the largest of its kind used to prevent, detect and manage insurance fraud.

APU, appointed by sister company Accident Exchange to take up the case, deployed its team of forensic experts and former Police officers to quickly establish that the vehicle that hit Islam’s fake Ferrari was driven by Abu, a friend who had hired the vehicle just days before the crash.

With all the evidence gathered, APU teamed up with commercial law firm Hill-Dickinson LLP to launch a private investigation into the case. Hill-Dickinson’s expert Advocacy Team, led by in-house counsel, Mark Stanger worked with the APU team, conducting the advocacy at all Court hearings.

Islam’s accomplice, Khayer, also received a 12 month custodial sentence suspended for two years, and was ordered to compensate Accident Exchange, his hire company, and its insurer, totalling more than £10,000.

After Islam and Abu Khayer pleaded guilty on 16th March, Judge Peters QC commented on the private prosecution, saying: “I see no reason why organisations should be treated as suffering less harm than if it were an individual.”

The judge who sentenced the pair yesterday, HHJ Dawson added, “If it wasn’t for the investigation by one of the companies, it [the fraud] may well have been missed.

“Almost immediately after the crash, you [Islam and Khayer] both launched into a sophisticated fraud. This is not a victimless crime; we all end up paying more for car insurance. It also undermines the trust from insurance companies in the public, which causes delay in genuine payments. More fraud makes it more difficult for honest people to be paid.”

Neil Thomas, Director of Investigative Services at APU Ltd commented, “The sentence is a big step for the industry, and saving insurers such a large sum is the icing on the cake. It all adds up, and we have demonstrated that championing new approaches by working with Hill-Dickinson, we can help mitigate fraud to ultimately save drivers from increased premiums”.

Peter Oakes, Head of Fraud at Hill-Dickinson LLP said: “By working together in partnership with our counter-fraud group, our cradle to grave approach has secured a great outcome for our client. This important case sends a powerful message to would-be fraudsters that their fraud will be detected and prosecuted. This success lays the ground for future actions”

APU’s team of telematics and anti-fraud experts is increasingly utilised by police forces and insurance companies across the country, as police often lack the resources and skills to interrogate telematics data and package it into usable evidence in court.