It's got 1,200 horsepower, all-wheel drive, and an appetite for supercars.

Before this goes any further, we need to talk about the meaning of heroic. There are many interpretations of the word, but they all generally point to some measure of courage, or grandeur, or both. Of relevance to this situation, Merriam-Webster says heroic is “of impressive size, power, extent, or effect.”

With that in mind, is there a better word to describe 1,200 horsepower from a 2.0-liter engine? That’s certainly heroic in any automotive application, but in a Mk2 Volkswagen Golf it’s something even greater. Can we transcend mere heroic? Biblically heroic perhaps? That holds especially true considering this Golf takes on a formidable army of supercars and kills every one of them.

Among the causalities are a BMW M5, Lamborghini Aventador, a modified Nissan GT-R, and the current boss of hypercars, a Bugatti Chiron. In fact, the video suggests the mega-Golf blitzes the Chiron from zero to 180 miles per hour by several seconds. 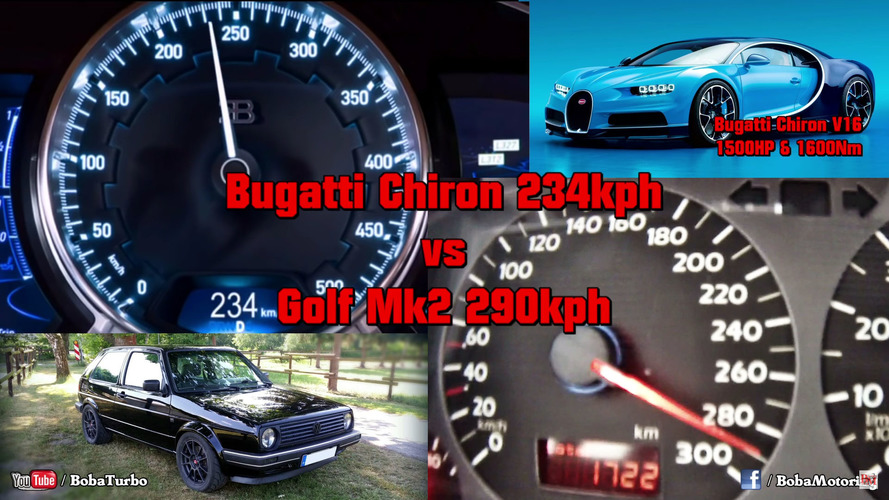 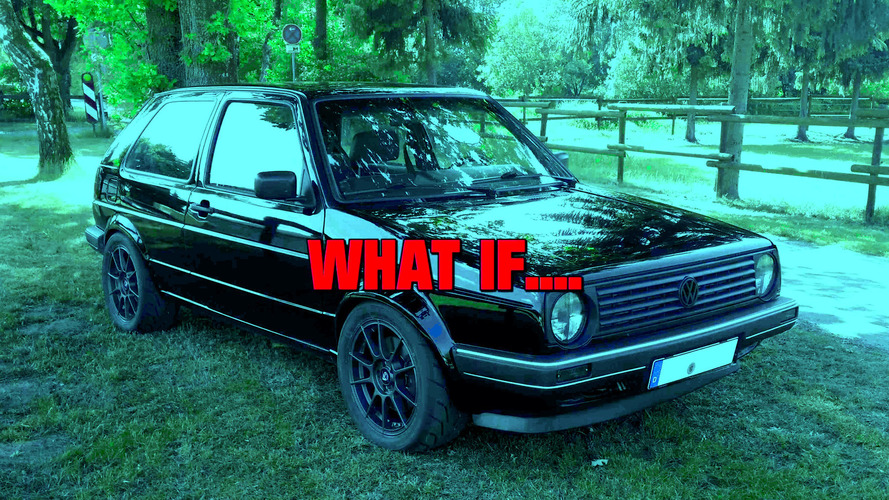 This bonkers Volkswagen stems from Boba-Motoring. Outside the horsepower, perhaps the most impressive aspect of this nuclear-hot hatchback is just how surprisingly stock it looks. And yet, the mighty VeeDub wields a host of engine upgrades that, among other things, includes a single turbo making – wait for it – 64 pounds of boost. Once again, we need to find a new level of heroic here.

That connects to an all-wheel drive platform with a dog-ring transmission, because no standard synchromesh gearbox could even dream of handling such violent acceleration. How violent you ask? According to Boba Motoring, the Golf reaches 60 miles per hour in 2.3 seconds, with 130 mph happening just 3.4 seconds later. It turns a quarter-mile in 8.69 seconds at 169 mph, and the top speed is somewhere beyond 218 miles per hour.

Obviously this raises the age old debate of stock versus modified, as surely most of the cars depicted in this video were untouched. That's not exactly apples-to-oranges, and then there’s the question of longevity because 64 pounds of boost will have consequences at some point.

But speed is speed, and there’s no denying this Volkswagen’s penchant for warping space-time. It's certainly our hero for the day.