$11.5M Worth Of Aston Martin Vulcans Packed And Ready For Delivery

Two years after it was introduced at the Geneva Motor Show, Aston Martin is finally letting loose its track-only Vulcan hypercar. The automaker released first images of the 800-horsepower (596-kilowatt) beasts covered up and headed for transport, "ready for their journey to a track somewhere around the globe…"

Lest you forget, the Vulcan puts up some impressive numbers. With a starting price of $2.3 million, the five cars together make up a total of around $11.5 million worth of vehicles. Each one comes with a 7.0-liter V12 under the hood good for the aforementioned 800 hp (596 kW), bringing the total horsepower figure in this image to 4,000 (2,982 kW). 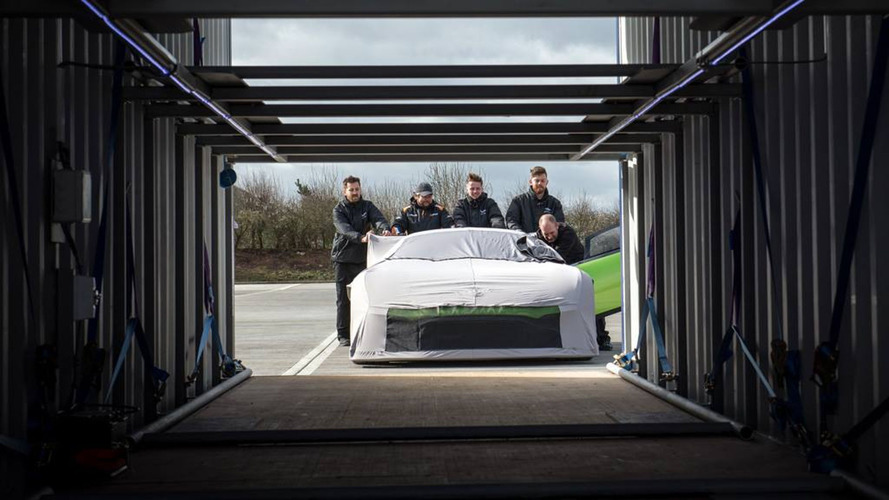 A far less imposing figure, 24, is the amount of Vulcans Aston Martin will produce in total… all of which have already been accounted for. Each one was designed in-house by Marek Reichman, who borrowed inspiration from models like the Vantage, DB9, and One-77.

The company doesn’t say where these five cars are headed, unfortunately. But like the Ferrari FXX K and the McLaren P1 GTR, we know each one will be limited exclusively to the track. All 800 hp (596 kW) will be channeled to the rear wheels via an Xtrac six-speed sequential shift gearbox. 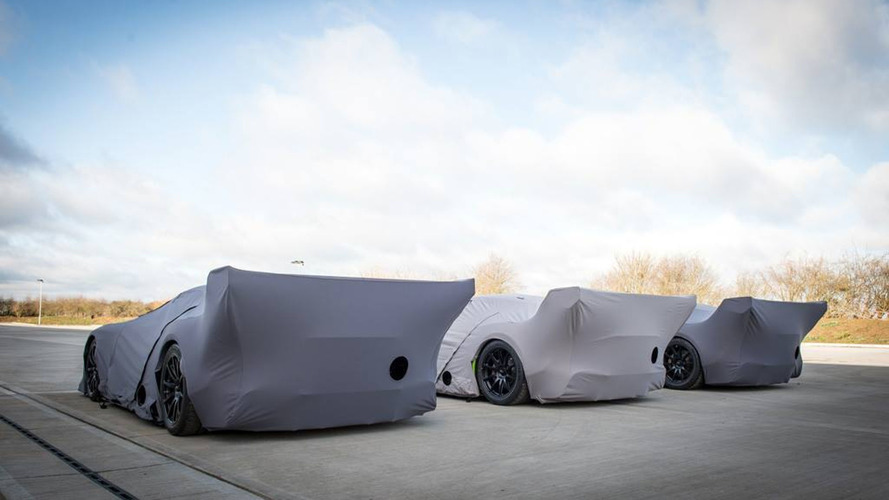 The body is built entirely out of carbon fiber, the chassis tub was developed by Multimatic, the same company that built the new Ford GT. The electronic control unit was provided by Cosworth, while a set of Brembo carbon ceramic brakes assure stopping power. Inside, driver and passenger are greeted by a set of Recaro seats with a six-point racing harness to match.

All in all, the Vulcan is one impressive machine.