The Megane III-based RS went out of production back in September 2016, but even so it’s going to take a few more months until we’ll get to see the new hot hatch. To ease the wait and to celebrate Renault Sport's one million likes on Facebook, the French automaker has dropped a teaser image of its Focus ST and Golf GTI fighter. There’s not much to see at this point as the car remains concealed under a cover and only shows its full-LED headlight signature. We are also able to catch a glimpse of the lower lights likely adopting a new version of the chequered flag motif seen on the Clio RS.

When the wraps will come off, the new RS is going to be wider and more aggressive than the warm GT version of the Megane IV. There have been some rumors about the switch from a front- to a rear-wheel-drive layout, but the latest intel suggests the model is going to soldier on with a FWD setup. We know for sure it will be sold strictly as a five-door hatchback, unlike its three-door, coupe-only predecessor.

The million-dollar question is: What will power it? Some are saying it will be a brand new turbocharged 2.0-liter gasoline engine pushing out approximately 300 horsepower to the front axle. However, a report originating from France’s Auto Moto suggests the new Megane RS will actually use the same turbo 1.8-liter as the curvaceous Alpine A110. 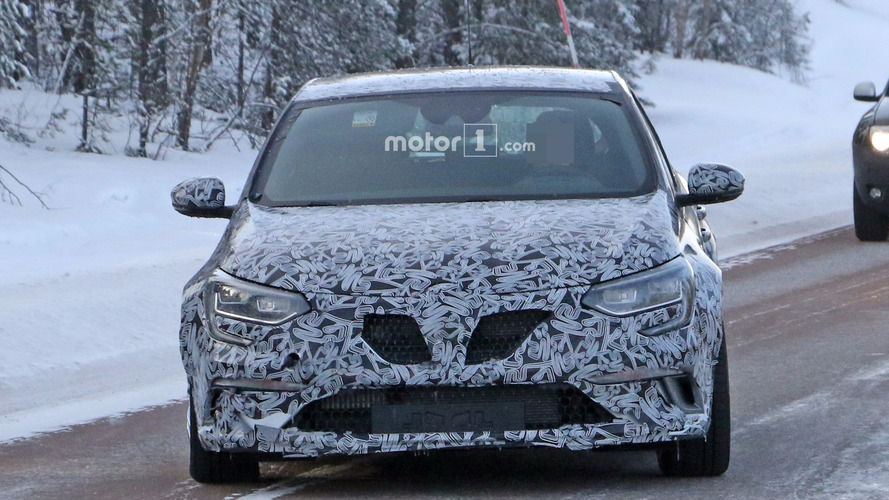 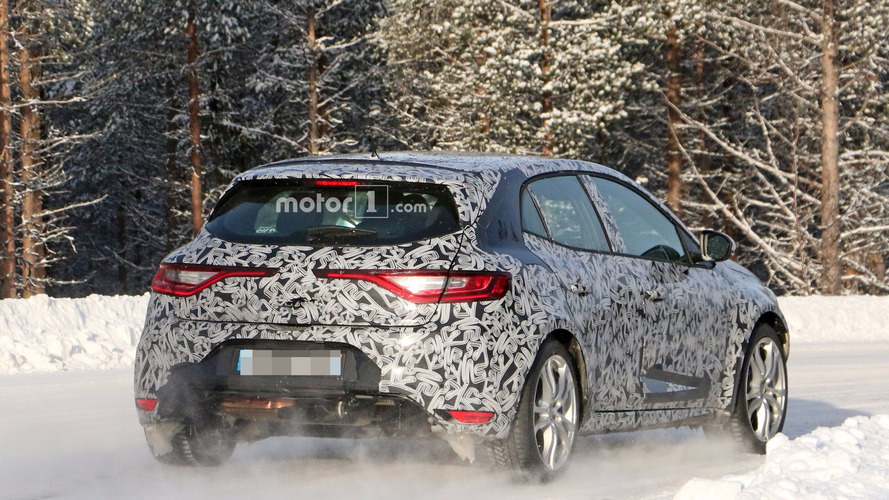 In the gorgeous Alpine revival, the mill develops 252 hp, but a hotter AS110 is expected to up the power ante to anywhere between 280 to 325 hp. The beefier configuration of the 1.8-liter would be a suitable candidate to power the new Megane RS, but it’s too early to know for sure.

To improve the car’s cornering capabilities, Renault will allegedly sell the flagship Megane with four-wheel steering as seen on the GT. While on the latter the system is standard and you can’t get rid of it, on the new RS the 4Control setup will be available as an option to allow customers decide whether the benefits of the system are worth the extra weight.

As far as the transmission is concerned, a six-speed manual boasting rev-matching technology derived from the Nissan 370Z will likely be responsible for putting the power onto the road. Alternatively, buyers will be given the possibility to opt for Renault’s familiar EDC dual-clutch ‘box.

Considering the Megane IV RS is rumored to bow in September, we’ll likely see it in the metal that same month at the Frankfurt Motor Show.