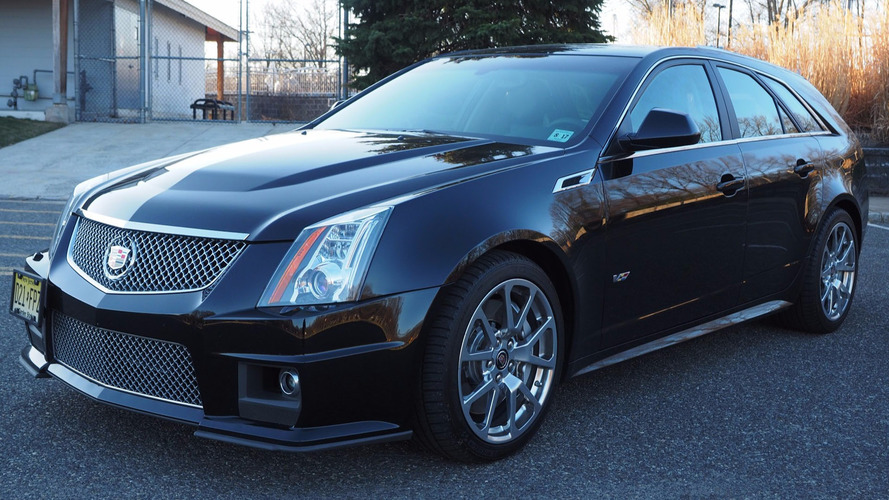 As much as we hate to admit it, this 2012 Cadillac CTS-V wagon presents something of a dilemma. For starters, CTS wagons are fairly rare. GM Authority says only 575 were built for 2012, and that’s for the entire CTS line. Figure a mere fraction of those received a V badge and the 556-horsepower, 6.2-liter LSA V8. It gets better though, because this one also has a six-speed manual transmission. Thusly equipped, this could be an exceedingly rare performance machine. Less than 100? Less than 10?

Who knows, but if you’re among the few and proud who yearn for a muscular American long-roof with a bona-fide manual, here’s your ticket to paradise. It will cost you $48,250, or rather, that’s what it would cost you if the auction at Bring A Trailer were to end right now. There’s still just under a day to go as of this printing, so there’s a good chance that ticket will ultimately cost a bit more.

That’s especially true considering this CTS-V has just over 24,000 miles and is backed up by all the right paperwork that collector-types love. The auction description says it’s been garaged, hand-washed, professionally detailed, and has received only dealership service. It’s not perfect though – some stone chips up front and scuff marks on top of the rear bumper say that this wagon has actually been used. It also comes with an extended warranty through 2020, or 59,274 miles, whichever comes first.

And therein lies the dilemma. We have an exquisite performance machine that was built to go fast, handle well, and haul things while doing it. We also have an extremely rare vehicle that was born into a segment of devoted enthusiasts even before it was given a special badge and a supercharged V8, never mind the manual transmission. It would be a great driver, no question about that. But it also has the magical combination of extreme rarity and sizzling performance, and that could make it an outstanding investment if the miles are kept low.

Do you drive the wheels off it, or go easy and look for a six-figure payout in a few years? Chat us up in the comments, let us know what you think.