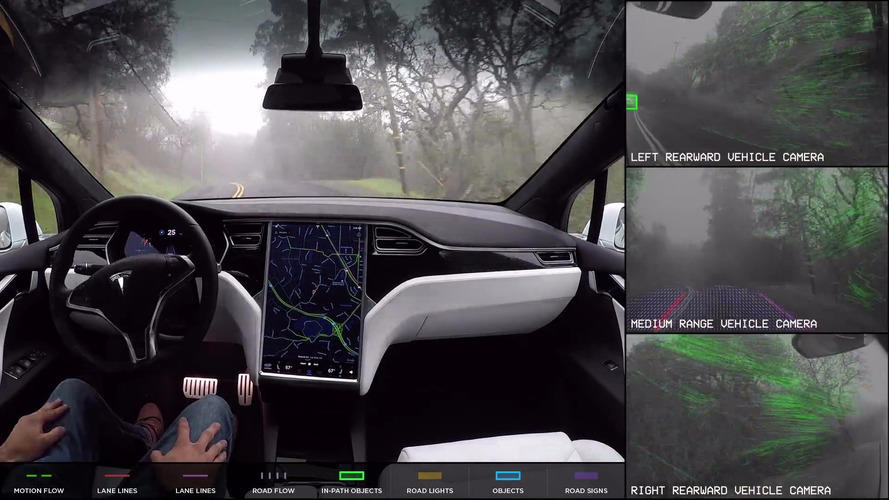 Available only for the Autopilot 2.0 hardware.

Elon Musk announced that Tesla Autopilot 8.1 would finally appear at the end of March. True to his word, it has arrived. Posters on Reddit have verified that they have received the update, and there’s proof in the pictures.

The Tesla Autopilot 8.1 rollout is only for those with the Autopilot 2.0 hardware. Basically, the update ups the Autosteer speed limit, from 55 miles per hour (89 kilometers per hour) to 80 mph (129 kph). However, Tesla indicated that the camera will need to be calibrated prior to using Autosteer at high speeds. This update is one in a series of others that brings the 2.0 hardware to parity with the gen 1.0 hardware. Tesla’s warning reads:

“Model S requires calibration before you can use Autosteer at driving speeds greater than 55 mph (89 kph). Until the vehicle has finished calibrating, which takes automatically over several days of driving on well-marked highways.”

Apparently, the update doesn’t have any affect on the improving the user interface. Though, this process is also in the works, as part of the incremental update series.

Those with 2.0 hardware should now be able to use Summon, which was previously unavailable in the second gen vehicles. Although, as you can see in the release notes below, it is labeled as Summon (Beta). Auto Lane Change was added and is also covered in the notes.

DCoulson on Reddit uploaded some pictures of the release notes, check them out below (click the next button to browse through the images).