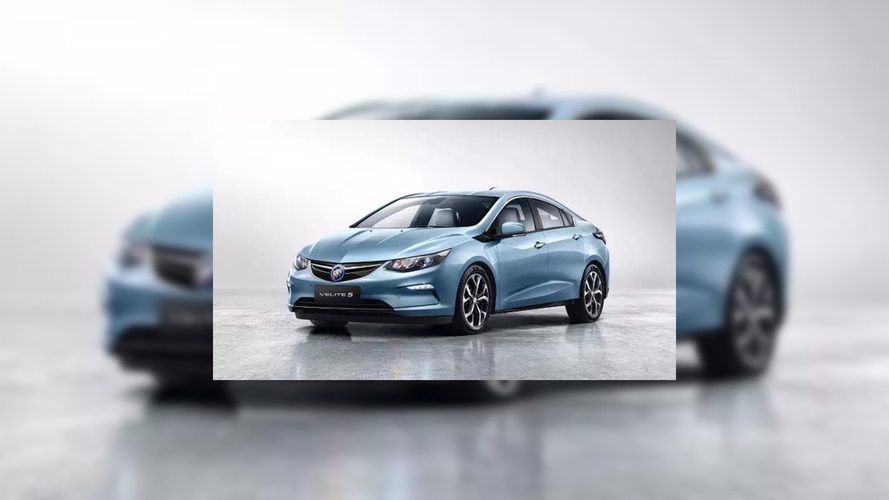 The design has gone through some mild updates at the front, but nothing to write home about.

Well, that didn’t take too long. After a teaser image published just yesterday by Buick, the Velite 5 has been revealed in full courtesy of a leaked official image ahead of the car’s imminent debut in China. As expected, it’s nothing more than a second-generation Chevrolet Volt with the Tri-Shield logo and the word “Buick” written inside the taillights.

In a bid to try and separate it from the Volt, Buick did apply some mild tweaks to the headlights and it also redesigned both the upper and lower grilles. In addition, the bumper has been slightly remodeled to accommodate the new horizontal LED lights replacing the Volt’s vertical bar. Some discreet updates at the rear end are also on the agenda, while the interior cabin might have been subjected to a few changes as well.

Set to be produced locally, the Velite 5 is going to be Buick’s first extended range electric vehicle (EREV) and will have a maximum range in excess of 466 miles (750 kilometers). However, the number is likely based on China’s testing regulations, so don’t expect range in the real world to match that. When running solely on electric power, China’s Volt will cover up to 62 miles (100 km).

Expect the Velite 5 to be publicly revealed at the Shanghai Motor Show next month, although an online premiere might occur a few days earlier to create more buzz.

The reskinned Volt is just the tip of the iceberg as far as Buick’s green agenda is concerned taking into account the company will launch other hybrid and electric models in China in the following two years.

Aside from introducing eco-friendly cars in the People’s Republic, parent company General Motors will also open a new battery assembly plant later this year in Shanghai.