Design is "same same, but different, but still same."

The current 991 generation still has plenty of life in it considering the hardcore GT2 is not even out yet, but Porsche is already hard at work preparing the next iteration of its iconic model. Spotted testing at the Nürburgring, this prototype is not shy to show off its Mission E-derived taillights, but that’s not what makes the test vehicle interesting.

Look closer at the rear fender on the passenger’s side and you will notice what appears to be a cap, while a second fuel door is on the front fender in its usual place. That means we might be looking at a 911 plug-in hybrid in the making as the newly added cap behind the right door is there to charge the battery pack. 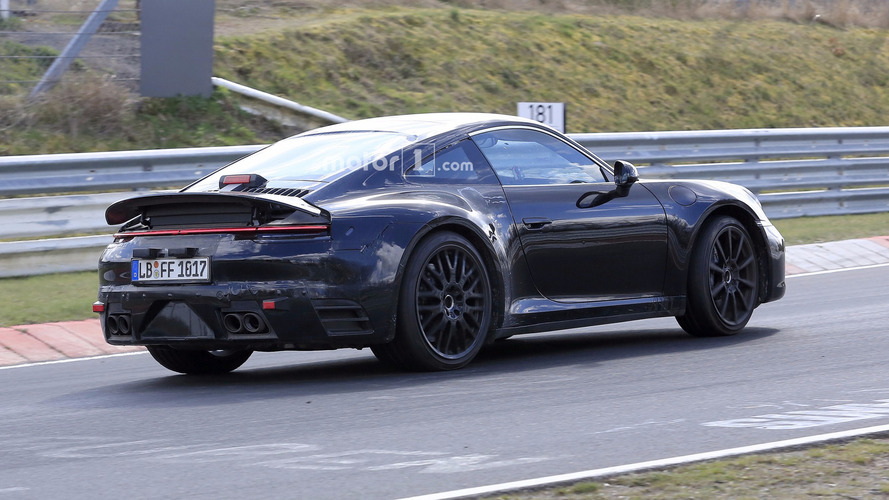 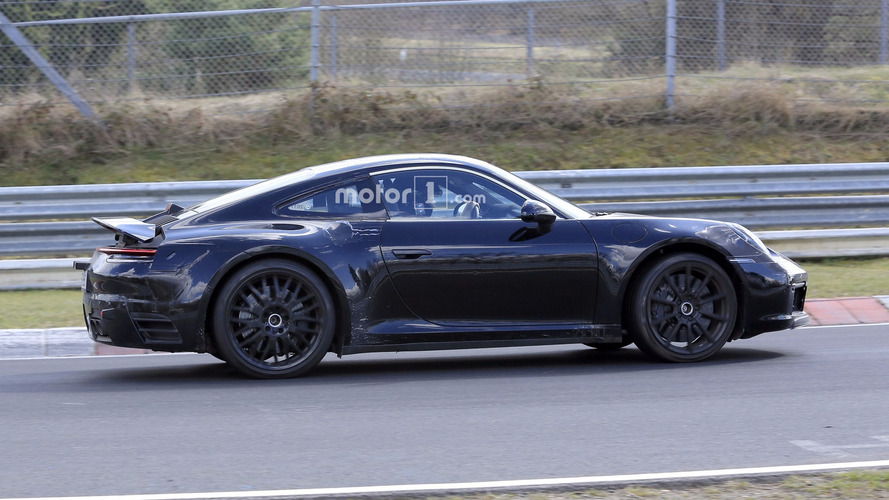 That being said, we are not excluding the possibility of Porsche playing tricks on us because there seems to be a plastic piece around that area and it might be there just to throw us off. Even with that extra piece of camouflage, we should still be able to notice a small gap around the edges of the round cap, but it seems that area is entirely flat. Not only that, but hybrid and full-electric prototypes usually have yellow high-voltage warning stickers, which this car did not have.

Even if this particular prototype lacks a hybrid powertrain, it doesn’t necessarily mean the 992 won’t be electrified. After all, it was only a couple of weeks ago when Porsche’s sales boss, Detlev von Plate, admitted a hybridized 911 is being considered as part of the Volkswagen Group’s green push in the aftermath of the nasty Dieselgate.

An all-electric derivative has been ruled out for the foreseeable future, but this potential hybrid variant could come later in the life cycle of the next-gen 911. With the regular models likely scheduled to arrive beginning with 2019, the hybrid is unlikely to debut before the end of the decade. If there will be one, that is.