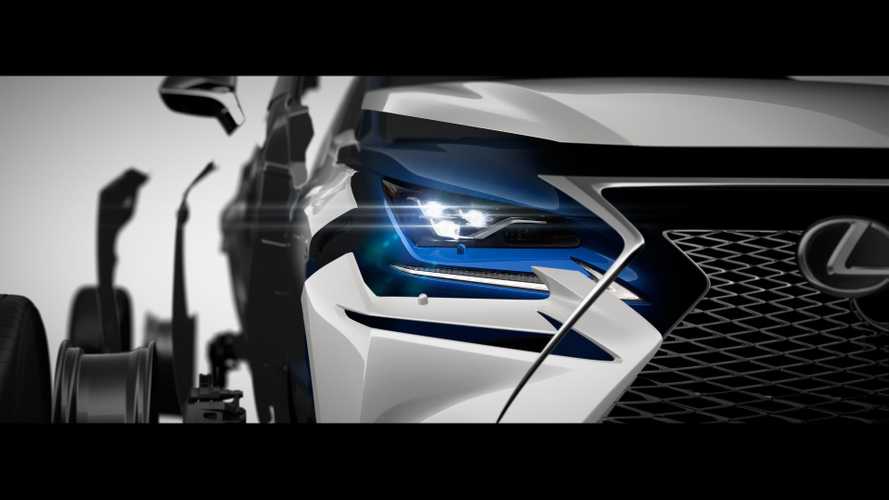 Expect an updated design inside and out.

The Lexus NX has been on the market for nearly three years and is about to receive a mid-life facelift to keep it fresh for two or three more years until its successor arrives. The refreshed version of the “nimble, urban crossover” will debut at the 2017 Shanghai Motor Show in mid-April.

Lexus is relatively tight-lipped about the model and only says it will feature an updated exterior design and interior enhancements that will add “convenience and functionality” and will help the vehicle meet “the needs of global luxury consumers.”

The most recent update for the model was the addition of the Sport trim level which was introduced at the Paris Motor Show last year. It brought 18-inch black alloy wheels, black door mirror housings, and a black finish to the spindle grille and its frame – all in search of a more sporty appearance to match the 2.0-liter turbo engine under the hood, developing 235 horsepower (175 kilowatts) and 258 pound-feet (359 newton-meter) of torque. The model was limited only to European customers and is not available in the United States.

In addition to the refreshed NX, in China Lexus will also exhibit the LS 500h which made its official debut in Geneva earlier this month. The luxury sedan features the company’s multi-stage hybrid system that is now making its Asia debut, bringing “a new level of technology and a heightened driving experience to a Lexus flagship sedan.”

Toyota’s posh marque China appearance follows the brand’s launch in India, where the RX 450h, ES 300h, and LX 450d models will be initially available. Next year, the LS will follow. Lexus is even considering a plant in the country, according to reports.

As the nimble, urban crossover of Lexus line-up, NX has exceeded customer's expectations globally since the model's launch three years ago. With its blend of expressive styling, a spacious package that offers comfort and safety, along with a superior dynamic driving experience, NX succeeded in helping Lexus grow globally. Now, with an updated exterior design, and interior enhancements that add convenience and functionality, the NX is poised to meet the needs of global luxury consumers.

Following the World Premiere at 2017 Geneva Motor Show, the all-new LS 500h featuring the Lexus multi-stage hybrid system will make its Asia debut at Auto Shanghai 2017, bringing a new level of technology and a heightened driving experience to a Lexus flagship sedan.

The new Lexus stand design will be implemented for the first time in Asia. Lexus' hallmark craftsmanship, design, quality and hospitality give visitors an immersive experience and highlight the brand's new global communication direction.