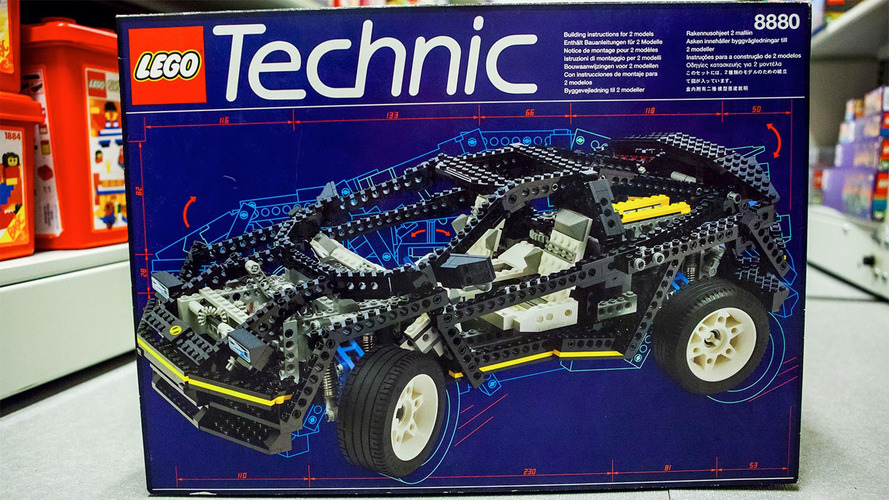 We love Lego cars just as much as real ones, but some of the best kits now cost crazy money.

Long before I got to drive or take apart real cars, I got my car fix from building Lego models. Specifically, Lego Technic, the version with gears and pulleys and pneumatic cylinders and motors that allowed me to build all manner of vehicles, cranes, and other contraptions out of interlocking plastic bricks.

I was lucky enough to receive a steady stream of Lego sets as gifts, including everything from model pirate ships to forklift trucks, motorcycles, and even computer-programmable Mindstorms robots. But one of the sets I always dreamed of remained out of reach: Lego Technic 8880. It turns out I’m not the only one with fond memories, as the 8880 now sells for as much as $949 online. (There are also examples for more reasonable prices on eBay.) Suffice it to say I will not be buying one for those sums.

Introduced in 1994, the 8880 Super Car was the Lego Technic kit that, to that date, looked most like a real car. The primary model design (there were also instructions to build a Formula 1-style racer) was a mid-engine supercar with working all-wheel drive, working four-wheel steering, and a functional four-speed manual gearbox.

Nerdy tech details include three differentials, fully independent control-arm suspension (with ball joints!) at each corner, and a V8 “engine” hanging out over the rear axle. You could raise the “frunk” and the rear engine cover, too. That’s a lot of complexity built into a “toy” car, so it’s no wonder the Technic set came with 1,343 pieces.

Oh, and if you're still wondering why six-year-old Jake got so excited about this set, check out this contemporary commercial.