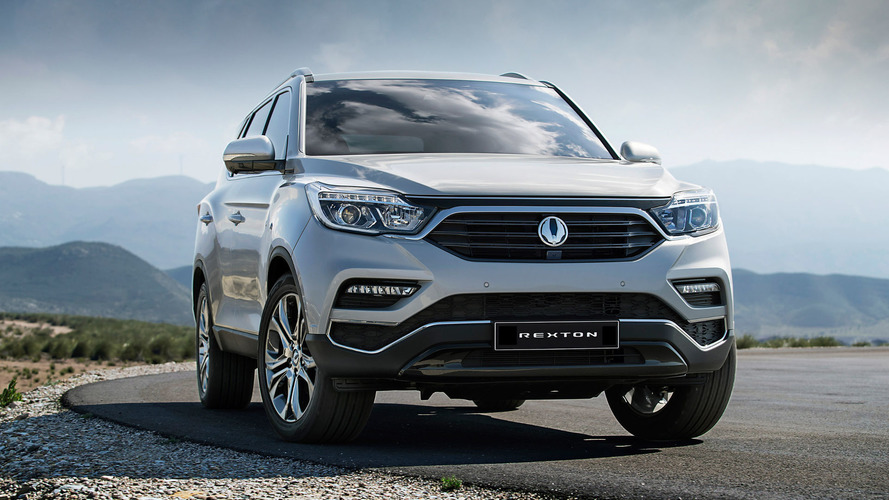 Has remained pretty much faithful to last year's concept.

It was only a few days ago when South Korea’s fourth largest car manufacturer teased its new Rexton under the “Y400” project name and now the large SUV is back in revealing images. The styling doesn’t come as a big surprise taking into account the new generation was previewed last year by the LIV-2 concept. As you can easily see in this photo comparison, the similarities between the two cars are more than obvious.

Even though it’s not able to quite match the pizzazz of the previewing concept, the all-new Rexton does seem to look more upmarket on the outside than its predecessor. It appears SsangYong has also dialed the interior cabin’s quality up a notch and there should be plenty of space for the passengers thanks to the generous wheelbase spanning at 2,865 mm (113 inches).

The company is being coy on the technical details, but at least we do know the next-gen Rexton is going to be 4,850 mm (191 inches) long, 1,920 mm (75 inches) wide, and 1,800 mm (71 inches) tall. It’ll also be lighter than the model before it as a result of making the switch to a new body structure making extensive use of high-strength steel.

Inside, it will have a 9.2-inch touchscreen for the infotainment system set to benefit from both Android Auto and Apple CarPlay integration. Despite the car’s sheer size, parking it should not be much of a hassle thanks to the optional 3D Around View Monitoring (AVM) system providing a look of the SUV’s surroundings via a multitude of cameras.

As far as the oily bits, the new Rexton will be offered with gasoline and new “clean-burning” diesel engines sending power to the rear wheels or to an optional AWD system.

SsangYong will host the local debut of the “G4 Rexton” on Thursday at the Seoul Motor Show and will kick off deliveries in its domestic market in the first half of the year. The global version is scheduled to arrive in international markets by late 2017.

SSANGYONG CONFIRMS ITS NEW LARGE SUV TO BE CALLED REXTON

SsangYong Motor Company, (CEO Jhong-Sik Choi; www.smotor.com/en) has announced that its new car to be launched this week will be called Rexton.

Developed under the project name of Y400 and seen as the LIV-2 concept at the Paris motor show in September 2016, the new car inherits the heritage and DNA of the original Rexton as a large, authentic SUV. It will be known internationally as Rexton, and ‘G4 Rexton’ in Korea.

SsangYong expects this new generation Rexton to compete with traditional D & E segment SUVs, and will continue the renewal of SsangYong’s brand identity which began with the launch of Tivoli. Inheriting the brand values of the original Rexton as its flagship, it will also further underpin the company’s reputation as Korea's oldest vehicle manufacturer and only 4x4 and SUV specialist producer.

With a refined and luxurious interior, the new Rexton will feature Apple Carplay and Android Auto with device mirroring, 3D Around View Monitoring (AVM) and a wide 9.2-inch HD screen.

The new car embodies robust and dynamic SUV styling and blends drivability with high levels of safety that includes nine airbags. With a front mounted engine, rear-wheel drive and 4x4, Rexton will be a class-leading contender. It will offer excellent driving characteristics on and off-road, balanced weight distribution, great towing capability and NVH performance.

The car will go on sale in Korea during the first half of this year, and internationally before the end of 2017.

SsangYong cars are manufactured in South Korea by SsangYong Motor, which is 73 per cent owned by the Indian engineering conglomerate Mahindra & Mahindra, and imported into the UK by SsangYong Motor UK. Established in 1954 it is Korea's oldest vehicle manufacturer and only 4x4 and SUV specialist producer.

There are currently some 60 SsangYong dealers covering England, Northern Ireland, Scotland and Wales, with new locations being added to the network all the time. Further information is available from: www.ssangyonggb.co.uk