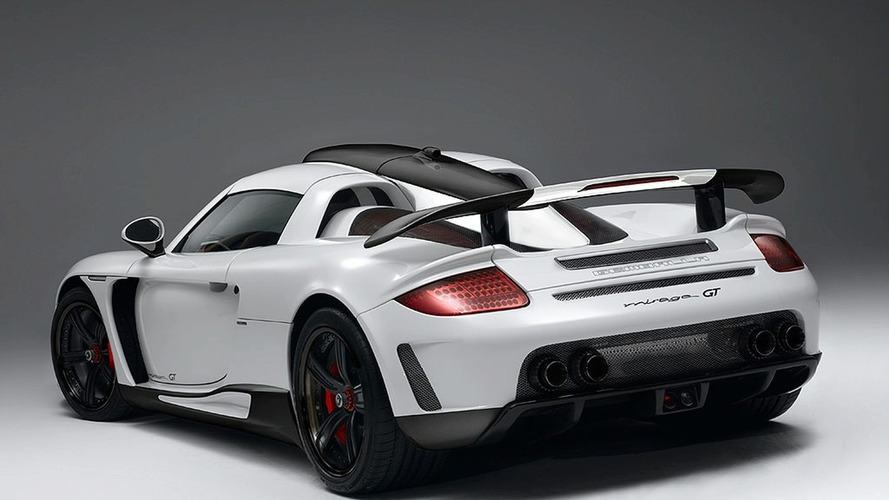 Reworking a Carrera GT is one of those things that likely takes longer than you think. It's hard to tinker with a Porsche like this and expect to improve it easily.

So it's forgivable for Gemballa to be as of yet not finished with its Mirage GT Carbon Edition. But it had better be as impressive once they are. Hey, that's the game of expectations one engages in within the world of tuning super cars.

The name 'Carbon Edition' can only mean that Gemballa has put the Carrera GT on a serious diet through extensive use of carbon fiber parts and ceramic brakes. Although, that mere 0.2 seconds improvement in acceleration doesn't necessarily jive with an exceptionally high weight reduction.

Still, so far these photos make the Mirage GT look good. It's smooth and sleek and you're already most of the way there when you like the way a car looks, aren't you? Who ever wants a car they think is ugly?