Buick Made Its Own Hellcat Before Dodge Challenger 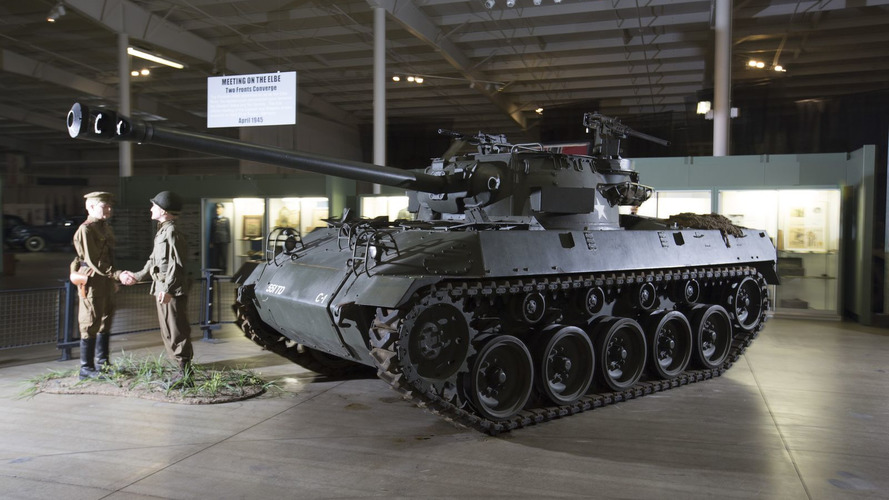 You can actually buy this menacing tank destroyer.

Whenever the word “Hellcat” comes up in a discussion between two gearheads, the 707-hp Charger and Challenger pair springs to mind. However, Dodge wasn’t the first car manufacturer to use the nameplate as back in the 1940s there was a Buick-badged Hellcat. That being said, it took the shape of a frightening tank destroyer and went on to become the “fastest full-tracked, armored fighting vehicle of World War II,” according to Auctions America. Manufactured only in 1943 and 1944 by Buick, the M18 was built in over 2,500 units.

One of them will soon be up for grabs for anyone willing to pay the estimated auction price of $275,000 to $350,000. Tipping the scales at roughly 20 tons, this very special Hellcat is about 10 times heavier than a Charger SRT Hellcat and is considerably slower as it will only do 55 mph (88 kph) whereas the Dodge maxes out at 204 mph (328 kph).

Power comes from a massive nine-cylinder, air-cooled Continental gasoline engine pushing out 350 hp, so it has about half the horsepower of today’s Hellcat. There’s no word concerning fuel economy, but with this being a tank, you can imagine it’s substantially thirstier than a Charger SRT Hellcat that does 16 miles per gallon in the combined cycle.

It might be considerably down on power and with a terrible fuel economy, but Buick’s idea of a Hellcat is a lot more imposing and it’s not just because of its sheer size or the armoring. It has a menacing 76-mm anti-tank gun that can penetrate armor of up to 100-mm in thickness and it also boasts a Browning M2 .50 cal. machine gun.

If you’re a military vehicle collector, the Buick M18 Hellcat is going to be auctioned on May 12 as part of the Auctions America Auburn Spring sale.