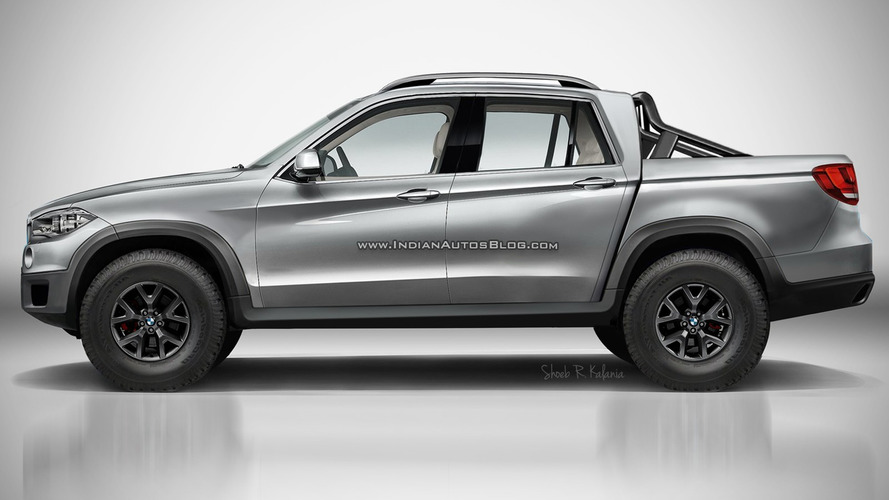 It’s a crazy car world we’re all living in. Lamborghini, Aston Martin, and even Rolls-Royce are all working on SUVs, Mercedes is putting the finishing touches on the X-Class pickup truck, and BMW has a front-wheel-drive minivan on sale. All bets are off in terms of what automakers can come up with these days, so the idea of a BMW pickup might not be that outlandish. After all, the Bavarians did make E30 and E92 M3 one-off pickups.

Not only that, but BMW Australia Managing Director, Marc Werner, acknowledged last year in an interview they are keeping a close eye on what Mercedes is doing with the world’s first premium pickup truck. When asked about the prospects of coming out with a rival, his answer was rather intriguing: “Never say never.”

While Mercedes’ workhorse will be based on a model from a different automaker (Nissan Navara), the attached speculative render proposes a pickup truck based on BMW’s own latest-generation X5. It’s purely a design exercise made just for fun and to explore the vision of how the brand’s styling language could be adapted for this body style.

If by any chance there’s ever going to be a pickup truck with BMW’s badge, it would make financial sense for the company to team up with Toyota and borrow the Hilux’s underpinnings. The two are already working together on a series of projects, including the Z5 & Supra, so extending the tie-up would be a smart move.

BMW might want to wait and see how the X-Class is going to perform once customer deliveries will kick off late this year. The Navara-based pickup is already popular in U.K. where Mercedes is enjoying a “phenomenal early demand” for the model, which is why it has opened the order books even though the X-Class has not been revealed yet in full production guise.

As for Audi, the Ingolstadt-based marque has made it clear it does not want to come up with a posh pickup. That probably makes sense considering the Volkswagen Group already has the upscale Amarok.