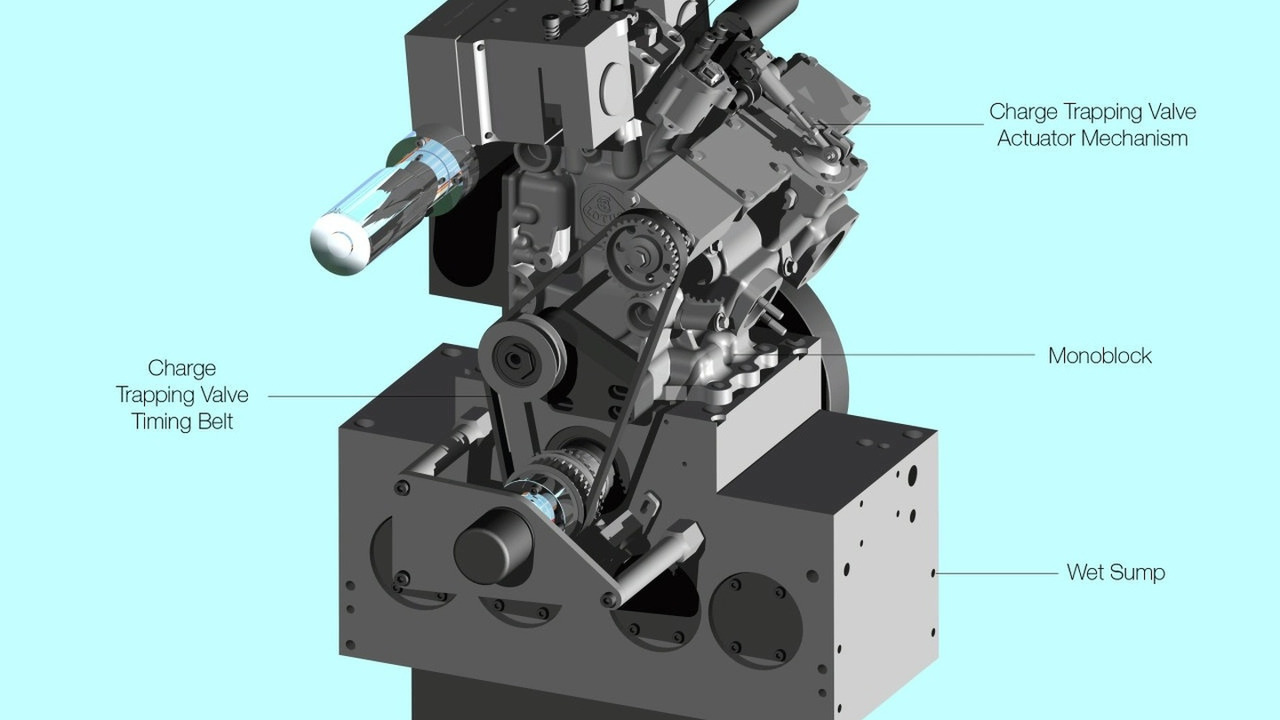 The Lotus Omnivore engine concept will be unveiled at the Geneva Motor Show. Using innovations like a two-stroke cycle and alcohol-based fuels the Omnivore heralds a cleaner future for the British brand.

Lotus is delving into the world of alternative fuels through this new Omnivore engine concept. The Omnivore stands for Lotus' latest in developing engines for a future that relies less on fossil fuels and more on alcohol-based powerplants.

At the 79th Geneva International Motor Show next week Lotus will he exhibiting the single-cylinder research engine monoblock. The engine is designed for high thermal efficiency regardless of whether an alcohol-based fuel or petrol (gasoline) is used. It employs a variable compression ratio system and operates on a two-stroke rather than four-stroke combustion cycle. The design is such that it eliminates the use of a cylinder head gasket which means less weight and higher durability. Poppet valves have also been done away with.

"The absence of poppet valves in two-stroke engines makes the incorporation of a variable compression ratio system relatively straightforward" said Geraint Castleton-White, Head of Powertrain at Lotus Engineering. "Our research into these systems on four-stroke engines has led us to the conclusion that while thermodynamically it is a desirable technology to incorporate, practically it is very difficult, particularly taking into consideration production feasibility.

This two-stroke engine could solve these practical difficulties and simultaneously permits a much larger range of compression ratio adjustment, with the potential to perform at a much higher efficiency when running on renewable fuels."

Lotus believes that C02 emissions would be greatly reduced towards the ideal of zero if the motor industry were to embrace alcohol-based fuels.