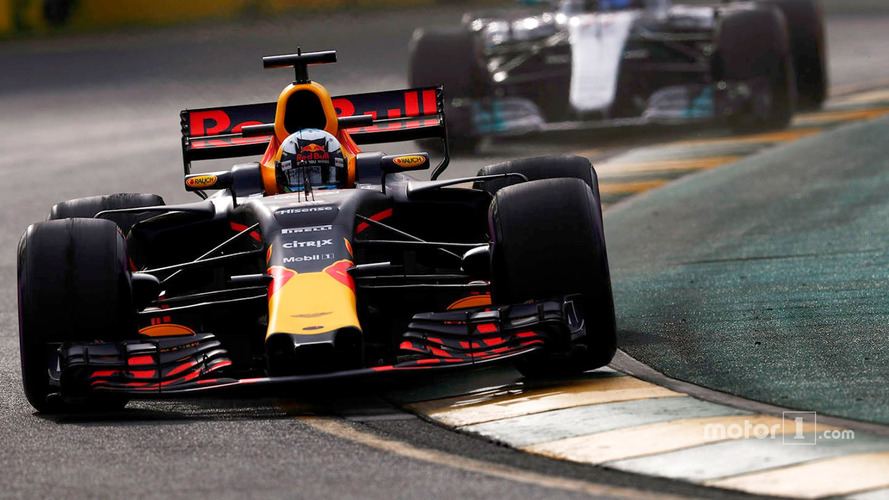 Saturday's qualifying session for the 2017 F1 Australian GP at Melbourne comes to an end. Here are the results.

Hamilton was three tenths up on Vettel after the first runs in Q3, with Bottas just two thousandths of a second slower in third, before Daniel Ricciardo crashed his Red Bull heavily at Turn 14, causing the session to be stopped while marshals cleared the wreckage.

Hamilton went even faster on his final run once the session resumed, sealing pole position with a 1m 22.188s lap – the fastest ever recorded by an F1 car around Melbourne’s Albert Park circuit.

Bottas initially moved up to second despite a scruffy final flying lap, before Vettel denied Mercedes a front row lockout by posting the second-fastest time on his final run.

Despite setting the pace in final practice, Ferrari ultimately didn’t quite have the speed to challenge the best of the Mercedes, with Vettel 0.268s down on Hamilton, but fractionally quicker than Bottas.

The second Ferrari of Kimi Raikkonen was fourth fastest, more than half a second further back, while the remaining Red Bull of Max Verstappen claimed fifth.

Ricciardo wound up 10th after failing to set a time.

Neither Force India made it through to Q3. Sergio Perez, who complained of a gearshift problem, missed the cut by just 0.074s despite improving by nearly four tenths on his final flying lap, while Esteban Ocon failed to find time on his final run and wound up 14th.

Nico Hulkenberg qualified 12th fastest on his debut for the works Renault team, only 0.010s down on Perez, while Fernando Alonso manhandled the troubled McLaren-Honda to the 13th best time, ahead of Ocon and Marcus Ericsson’s Sauber.

The Ferrari reserve was quicker than Ericsson after the first runs in Q1, but went off at the penultimate corner on his final effort. He ended up 0.183s down and failed to make the Q2 cut.

Kevin Magnussen’s difficult first weekend racing for Haas continued, the Dane running off track on his final Q1 flier and failing to improve his time.

He was fractionally faster than the second McLaren-Honda of Stoffel Vandoorne, who completed only one flying lap in qualifying after a fuel-flow problem forced him to return to the pits for most of the session.

Williams repaired rookie Lance Stroll’s car in time to make a late appearance in Q1, following his heavy crash at the end of FP3.

The Canadian was 19th fastest, though faces a grid penalty for a gearbox change ahead of the session, while Renault’s Jolyon Palmer qualified slowest of the 20 runners, more than a second down on Stroll and over three adrift of Renault teammate Nico Hulkenberg.