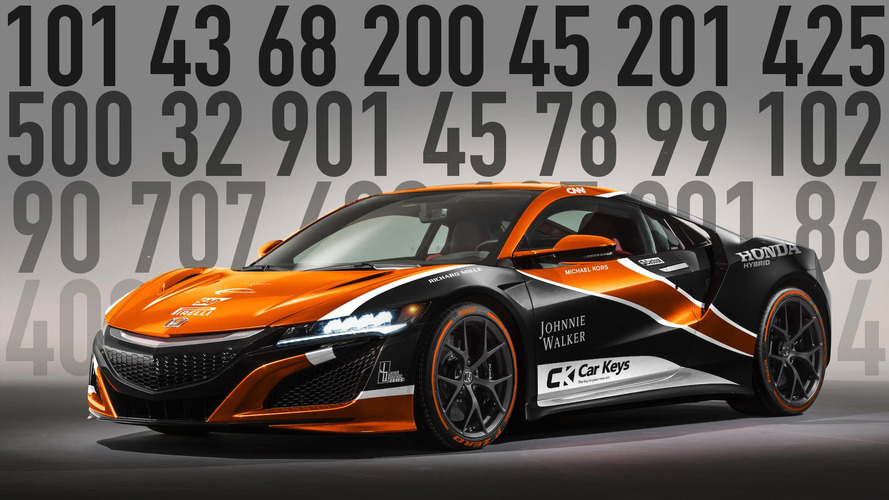 From the 20 most expensive cars to the new Chevy ZR1, take a look back at some of the week's most eye-catching numbers.

Numbers are all around us – whether we're breaking down the performance of a Ferrari 488, comparing the price of a Model S to a Mercedes, or simply checking performance of our favorite muscle cars. Every week we pick out a few numbers that are so significant we have to give them a second look. Today we’re looking at key figures from Porsche, Chevy, and a few others.

The number of supercars and hypercars on our list of the most expensive vehicles you can buy right now. Everything from the Aston Martin Valkyrie to the Zenvo TS1, with a few others you might not have heard of in between. Too bad we don’t have the money for any of them.

The number of years Edd China served as head mechanic on the hit tv show Wheeler Dealers. China said that he was "not comfortable" with the new direction of the show, and will be replaced with Ant Anstead in upcoming episodes for Series 14. Here’s to hoping we see Edd back on our TV screens in the near future.

The amount in Euros that Porsche employees will be getting as a bonus this year. A nod to the brand's iconic 911, obviously, the bonuses are a result of more than 237,000 cars sold in 2016, and a net profit of $17,250 per vehicle. Impressive, to say the least.

The amount of horsepower that could be lurking under the hood of the new Corvette ZR1. We’ve seen prototypes, and we’ve even seen it sprinting around Laguna Seca, but it probably won’t be a while until we see this new Corvette in the flesh.

The number of Formula 1 teams that will be taking to the grid this weekend at the season opening Australian Grand Prix. In honor of that special occasion, we’ve matched the liveries of this season’s F1 cars with their road-going counterparts. The results are stunning.