Audi A6 Allroad Rendering Looks Ready To Get Dirty 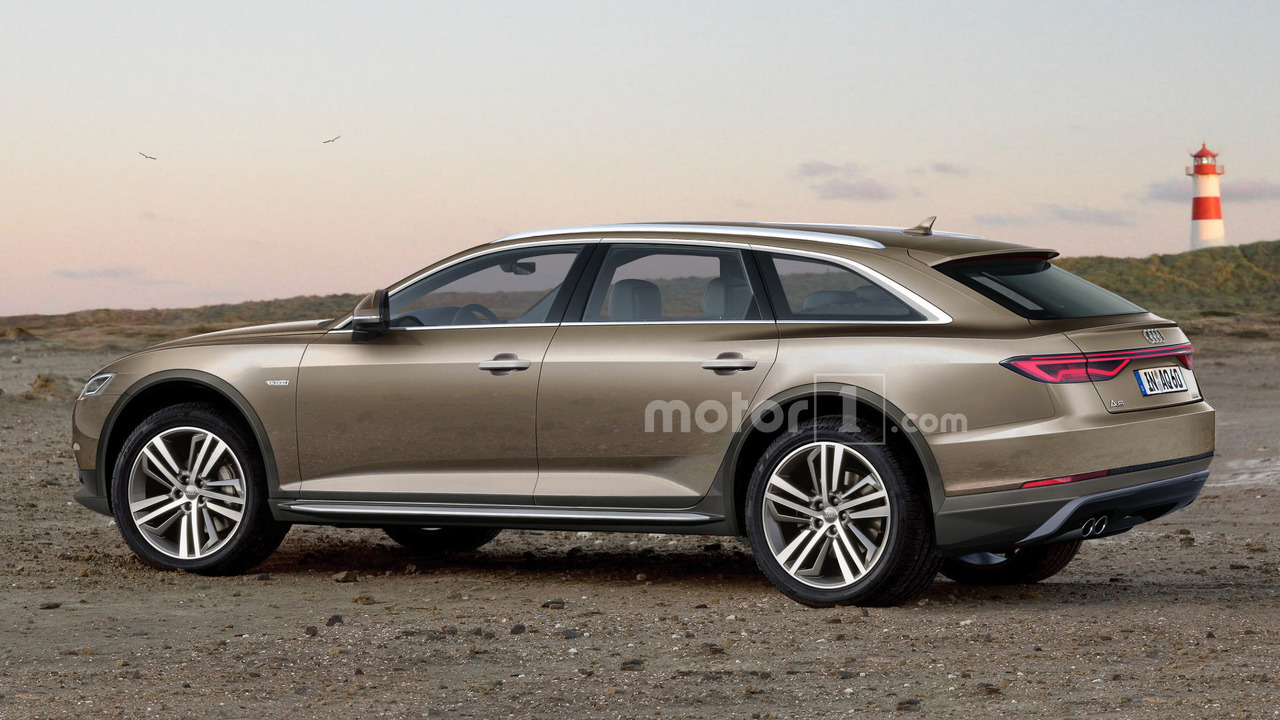 The new A6 won't make its debut until 2018, but we can always dream of a new Allroad.

Audi design boss Marc Lichte is overhauling the entire lineup. The next-gen A8 will make its debut later this year, and the new A7 Sportback will follow soon after that, both with new interpretations of the familiar design language. And then there’s the A6.

Arguably the most important model of the three, the new A6 will debut sometime in 2018 for the 2019 model year and show off a significantly updated look. Even with a healthy heaping of camouflage, we’ve seen the sedan testing on public roads – our best guess is that it will eventually lead to an Allroad version.

With that in mind, we try to piece together Audi’s new A6 Allroad in a rendering. Like other Allroads before it, the A6 sees a higher ride height and the typical black plastic cladding around the wheel wells and front and rear diffuser. The taillights steal some cues from the Prologue concept, and the body is a bit sleeker over the outgoing model overall.

Audi hasn’t officially confirmed a new Allroad, but it’s hard to imagine the A6 without one. Already we’ve seen the A6 Avant rendered as a sleek and sexy wagon (pictured above), and of course it shares many of the same cues, including the Prologue-inspired taillight bar.

The 2019 A6 will ride on the new MLB Evo platform, which will give the car a pretty significant weight loss while improving both performance and efficiency at the same time. A larger trunk for the sedan is also in the works. The new A8 will most likely make its debut at the Frankfurt Motor Show in September, with the A7 and A6 to follow in 2018.