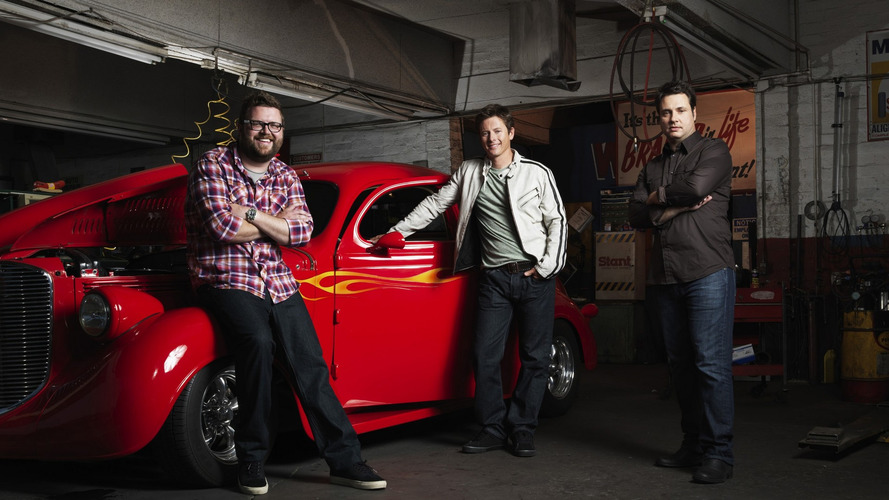 There’s something vaguely familiar about all of this.

Could the American trio from the former Top Gear on History  be taking a page from Jeremy Clarkson, Richard Hammond, and James May? Ex-Top Gear U.S. host Rutledge Wood recently dropped something of a – dare we say it – bombshell on Twitter the other day, suggesting himself, Adam Ferrara, and Tanner Foust are up to something.

So to sum up; the American version of Top Gear is being relaunched with a new cast and a slightly different format from the old show, while the former cast is presumably preparing to launch their own motoring show. The only thing missing from this latest saga is a punch thrown by Ferrara over the lack of beer after a long day of shooting.

We have no idea what might be in store for the ex-Top Gear U.S. trio. “Can’t wait to show u what we’ve been working on” could be a YouTube series on knitting sweaters, but here’s the thing – the American team was never given a proper chance to fly. Yes, there were plenty of cringe-worthy moments in the program involving sketchy writing and facepalm-worthy acting. But it took several seasons for the original Top Gear team to really develop their on-camera chemistry, and we were finally seeing that with the American crew when the rug was pulled from beneath them.

That’s why we’re really excited to see what might be coming for Rut, Tanner and Adam, even if it’s a knitting program. Inside sources told Jalopnik that it's decidedly car-based, so we’re hoping for some proper vehicular tomfoolery coming soon. We have just one request – could the show be called The American Tour?