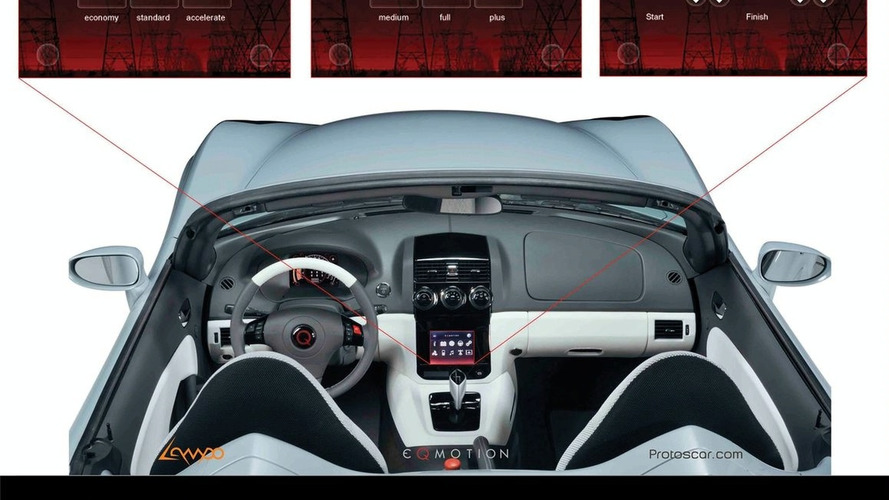 The Protoscar LAMPO is a dual-motor electric vehicle that produces 268 hp and 440 Nm of torque, and it's coming to Geneva.

New details about the upcoming all-electric Protoscar LAMPO have emerged in advance of its Geneva debut.  The dual-motored EV runs two Lithium-ion batteries, and has a range of over 200km.

The two BRUSA motors independently power the front and back wheels producing a total equivalent of 268 hp and over 440 Nm of torque.  Kudos to Protoscar for not outright calling this vehicle an emissions-free car, acknowledging that power plants emit CO2 as well.  They say that if you plugged the car in to a normal, commercially available outlet, emissions equate to around 7 g/km in Switzerland, thanks to that country's superclean energy system.  That figure is considerably higher in other countries, particularly those that use coal.  However, once the EU electricity sharing project is completed, CO2 emissions would be around 40 g/km anywhere in Europe.

Protoscar is also attempting to offset those emissions by building a solar power plant in Seggiano, Tuscany, Italy.  It may not be a perfect solution to the emissions issue, but at least they're making the effort.

Some of the Lampo's features include an a GPS-based range estimator, and an "intelligent charging" system that is more customizable than most.  The driver can set timers to tell the car when to take juice, and to what capacity the battery should be filled, every time it is plugged in.  This could be a handy feature for those who live in areas with peak and off-peak electrical pricing.  Recharge time is about 12 hours when connected to a 240V outlet.  For a bit more money, that time could be cut down to just six hours.  Regenerative braking is also used to help return power to the brakes.

Actual performance and weight figures of the all-wheel-drive car have not yet been released.  For what its worth, the LCD speedo goes up to 280 km/h.  The car itself is silver/gray with full black wheels, and several greenish tones to highlight the car's environmental friendliness.  This includes green LED daytime lights built into the front grille.  The new Protoscar LAMPO will be unveiled to the media on 2 March at the Geneva Motor Show.