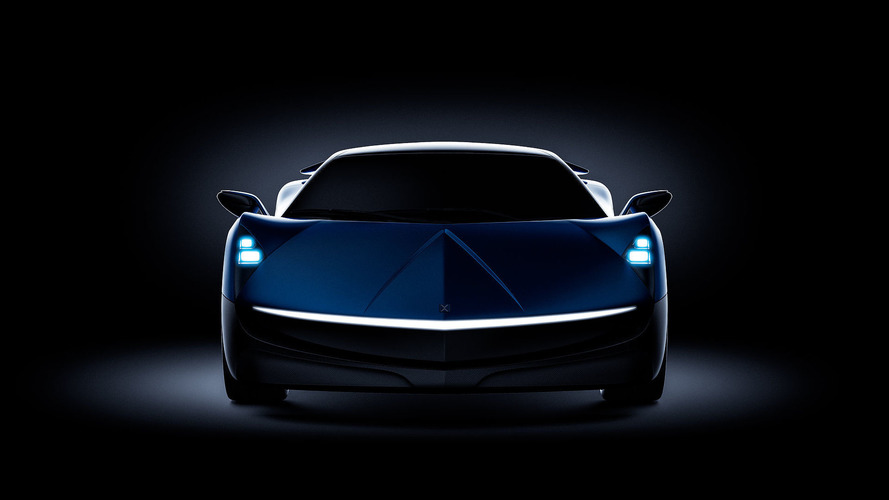 Designed in Switzerland and hand-built in Germany, the Elextra is yet another Tesla Model S fighter.

After catching a glimpse of its side profile about a month ago, the rather mysterious Elextra is back to show off its front and rear fascia in a couple of semi-revealing official teasers. There seems to be a triangular motif at the front judging by the shape of the headlight clusters and the indentation on the hood. We are also able to notice what appears to be a full-width LED bar likely serving as the daytime running lights. Since it’s a pure EV, it doesn’t need a grille to cool down a combustion engine.

The back of the car hosts very wide and slightly curved taillights and a very narrow and impractical tailgate along with a low and small rear windshield. Perhaps the most interesting design trait is the pair of wings mounted on the roof extending towards the back. Those are probably more than just for show as they’re likely there to boost aero.

As for the first teaser image, it revealed the sedan’s very low roofline and extremely narrow rear doors, which means accessing the seats in the back is going to be quite tricky.

And then there are the amazing specs. The Elextra promises to be one of the quickest-accelerating cars of all time by hitting 62 mph (100 kph) in less than 2.3 seconds. Aiming to “redefine the supercar,” the four-wheel-drive EV was designed in Switzerland and will be hand-built in Germany near Stuttgart in only 100 units boasting the “highest quality imaginable.”

Classic Factory, the Bremblens-based company behind the Elextra, has announced more images and additional information regarding what’s shaping up to be a Tesla Model S P100D fighter will be released in the following months. Hopefully, all of these teasers will not be in vain and the car will actually hit the assembly line rather than being yet another case of EV startup vaporware.