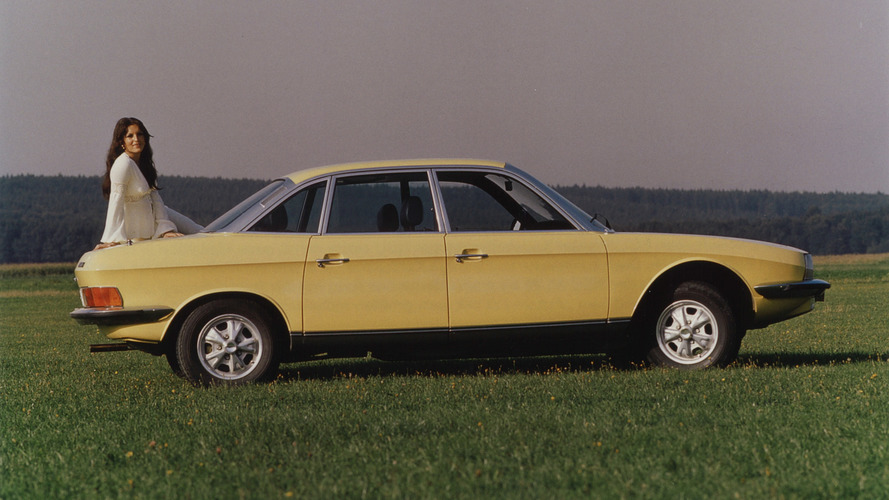 The biggest classic car exhibition in the world is fast approaching – the Techno Classica in Essen, Germany, is scheduled for April 5 to April 9. The show will be visited by Audi and the brand is going to present five history NSU models.

For those unfamiliar with the history of Audi, NSU is one of the companies that laid the foundation of the brand we know today. In 1969, the Neckarsulm-based marque was acquired by Volkswagen and merged with Auto Union to form Audi NSU Auto Union AG, ultimately Audi.

But before that, NSU was one of the leading motorcycle manufacturers in the world. In 1957, following more than 30 years of absence from the automobile business, NSU revealed its first new four-wheeled model, the Prinz.

The Ro 80 is also quite an interesting vehicle. It is powered by a twin-rotor Wankel engine and was revealed at the 1967 IAA in Frankfurt – after nearly five years on the drawing board. It was the first German vehicle to be named Car of the Year from an international jury. Produced between 1967 and 1977, the Ro 80 was the last model NSU constructed and designed, and was delivered to more than 37,000 customers.

In addition to the five NSU vehicles, Audi will also exhibit and sell 333 examples of the Ru 80 in 1:43 scale. If you like Audi’s more modern and extreme products, or if you are not able to visit the Essen show, just take a look at Amalgam’s collection of super detailed 1:8 Audis.

Tradition brand NSU in the spotlight: at the world’s biggest classic car exhibition, Techno Classica in Essen, Audi Tradition will this year be showing five treasured vehicles from Audi history. Using the motto "NSU – a new way to drive", the brand with the four rings will only be presenting vehicles from the Neckarsulm-based company history starting from Wednesday, April 5th to Sunday, April 9th.

The Swabian brand NSU was a ground-breaking company from the times of the German economic upturn following the Second World War and, in 1955, it became the world’s largest motorcycle manufacturer. In 1957 – after almost 30 years of absence from automobile construction – NSU presented their first new model on four wheels at the Frankfurt motor show: the NSU Prinz. The smart compact car for four people had an air-cooled two-cylinder engine with 20 hp and a displacement of 583 cc. Due to the great success of the car, the company later released two sporty models – the NSU 1000 (1964) and NSU TT (1965). Both of the vehicles were used in motorsports and were especially successful in the mountain races which were very popular at the time. In 1967, the Neckarsulm-based company presented the most powerful of their TT models on the Hockenheimring: the NSU TTS. Its 996 cc rear-mounted engine delivered 70 hp and accelerated the 700-kilogram (1543.2 lb) car to a proud 165 km/h (102.5 mph). With the "Speed kit" available ex works for use in races, the TTS engine's output could even be brought up to 85 hp.

At this year’s Techno Classica, AUDI AG’s historic division will present an NSU Prinz 30 (built in 1962), an NSU Sport Prinz (built in 1964) and an NSU 1000 TTS (built in 1970). A further star on the stand is the NSU Ro 80. In Essen, Audi Tradition will have two cars from this model series on show, built in 1969 and 1977 respectively. The NSU Ro 80 with a twin-rotor Wankel engine was presented to the public at the 1967 IAA in Frankfurt after five years of development work. In the same year, the Ro 80 was the first German vehicle to receive the "Car of the Year" accolade from an international jury. It was chosen because the vehicle set new standards for the road position, as well as for its safety, comfort and performance. What’s more, its futuristic, wedge-shaped body line was a true milestone in automotive design. The NSU Ro 80 was produced at the Neckarsulm plant between 1967 and 1977. In those ten years, 37,406 units rolled off the production line. The Ro 80 was the biggest, most avant-garde model produced by NSU, but it was also its last car. 1969 saw Volkswagen AG initiate the fusion of the company with Ingolstadt-based Auto Union GmbH to form Audi NSU Auto Union AG. Subsequently, in 1985, this union became AUDI AG as we know it today.

Audi Tradition will be displaying these automotive gems in hall 7 on a 350-square-meter (3767.4 sq ft) area. Lovers and collectors of miniature models can also obtain this year's model there: a limited production run of 333 NSU Ro 80 models with an orange paint finish in the scale 1:43. Further classic vehicles from the company’s history will be presented by the members of the ACI (Audi Club International) in hall 7.1. Over the Techno Classica’s five days, around 200,000 visitors are expected.