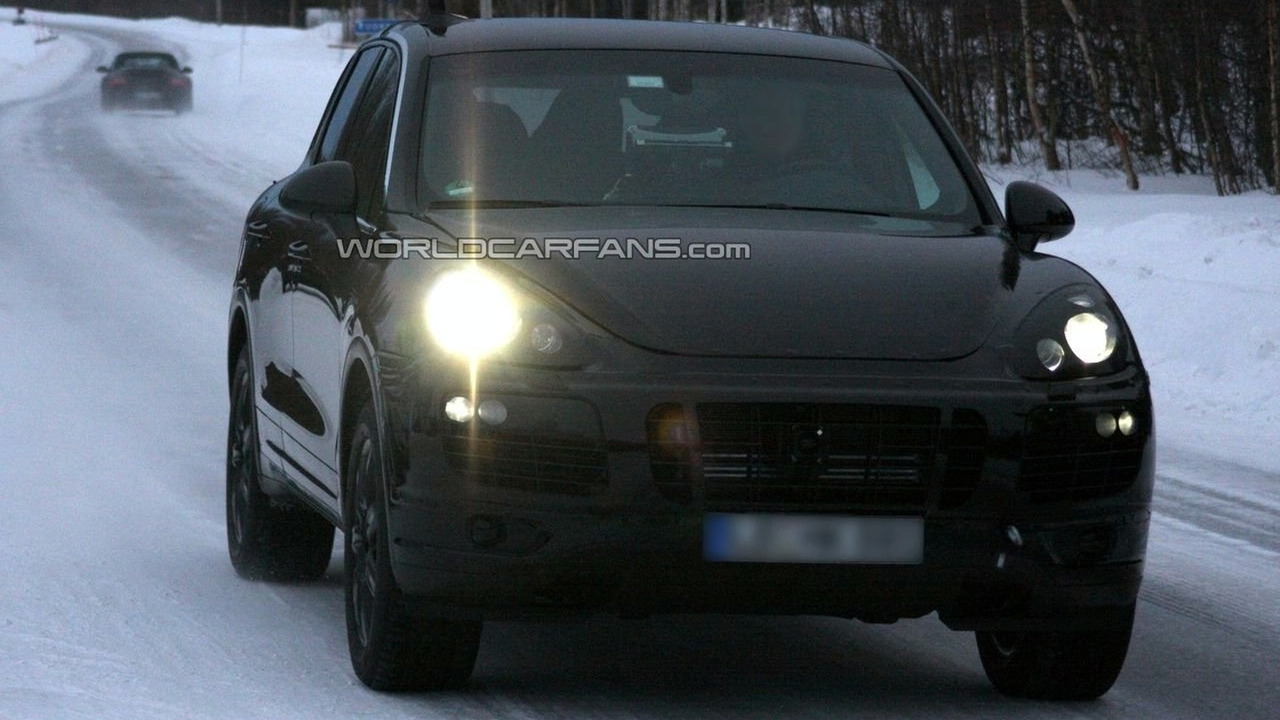 Porsche’s upcoming 2011 Cayenne SUV has once again been spotted undergoing winter testing in Northern Europe and this time our spies managed to catch the new model on video.

Porsche's upcoming 2011 Cayenne SUV has once again been spotted undergoing winter testing in Northern Europe and this time our spies managed to catch the new model on video.

The exterior follows in Porsche's philosophy of evolutionary design but from the spy pictures, it appears clear that the new model features a much sleeker appearance than the current Cayenne. Last week our spies captured some interior pictures which showed a cabin that is heavily influenced by the new Porsche Panamera, so expect the 2011 Cayenne to have a vastly improved interior that uses higher quality materials.

While we can't say for sure what model is being tested in the video, the new Cayenne should boast a variety of petrol, diesel and hybrid engines. On the petrol side, we can expect the 2011 Cayenne S to come with the Panamera's 4.8-liter V8 engine that develops 400 bhp (294 kW) while the top of the line Cayenne Turbo should be powered by the 4.8-liter biturbo V8 engine from the Panamera Turbo that cranks out 500 bhp. In diesel models, expect the current Volkswagen V6 TDI engine which produces 240 hp (176 kW) and 550 Nm of torque to carry over to the next generation with some minor improvements. Considering that Porsche's first Cayenne S hybrid will appear as a 2010 model, its hybrid powertrain should carry over to the 2011 Cayenne virtually unchanged. Power for the hybrid comes from Audi's supercharged 3.0-liter V6 engine that produces 333 horsepower and 324 ft-lb of torque, it is connected to a three-phase synchronous electric motor which receives power from a 38 kW NiMH battery that resides in the spare tire well.

The new Cayenne is also supposed to adopt a more street focused setup, which means some of the current model's bulky off-road equipment could be dropped in order to make the new one more Porsche-like. Audi took a similar approach when they introduced the Q7 and that model has received rave reviews for offering a decent driving experience despite its large size.