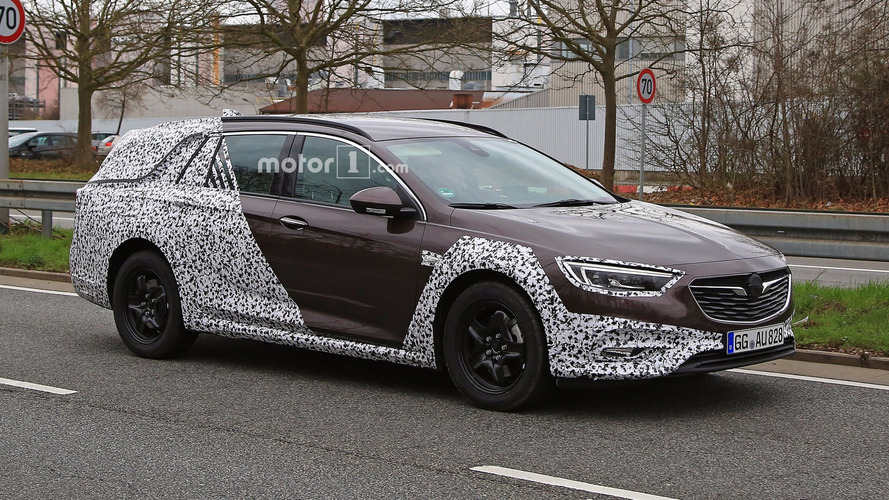 Shaping up to be a solid alternative for those not fond of SUVs.

The first-generation Country Tourer made its debut about five years after the launch of the Sports Tourer upon which it was based, but things are going to be different with the new one. Opel won’t wait that long to launch the rugged derivative as the light amount of camouflage on this prototype suggests an official reveal will occur in the near future. A plausible scenario regarding the premiere of the third member of the new Insignia family would have to be the Frankfurt Motor Show in September. If that’s correct, an online reveal might occur as early as August.

Set to go up against the Volkswagen Passat Alltrack, the midsize wagon is going to come as standard with an all-wheel-drive layout as it was the case with its predecessor. Keep in mind Opel did launch a cheaper version of the Insignia Country Tourer with a FWD setup later during the model’s life cycle, but it’s not known at this point whether the peeps from Rüsselsheim are going to do that once again.

Compared to the regular Sports Tourer, the beefed-up variant will be visually distinguished by extra plastic body cladding. You already can see its shape on both front and rear wheel arches, and there’s going to be more of it on the bumpers. All the camouflage in the world can’t mask the prototype’s increased ground clearance, which will actually represent the most significant upgrade over the standard wagon.

To spice things up, Opel might decide to provide different alloy wheel designs and implement some tweaks inside the cabin as a way to distance the Country Tourer from its donor car. Needless to say, all of these modifications will come at a cost since the new version will be more expensive than the equivalent Sports Tourer.

If you need that raised ride height and don’t want to hop on the very crowded crossover/SUV bandwagon, models like the Country Tourer are the perfect solution. Not only do you get the extra grip that comes with AWD (fitted with torque vectoring), but the car also is quite spacious inside the cabin and can carry 520 liters of your stuff with the rear seats in place. Fold them down and the cargo capacity jumps to 1,638 liters.

Plus, it’s also a looker.